The inconvenient truth of internally-conducted Defence Inquiries – where officers act as judge and jury over complaints of bullying and harassment of soldiers and Defence civilians – is now commonly recognised within the Defence community as a foundation for institutional abuse.

The realisation comes with a recommendation that now is the time to investigate the link between abuse and suicide among soldiers and Defence civilians.

The Defence (Inquiry) Regulations 2018 is a legislative instrument under the Defence Act 1903. It prescribes the process Australian Defence Force (ADF) officers are to follow when conducting administrative inquiries, to determine the true facts and circumstances surrounding an incident or complaint. The findings generated from a Defence Inquiry are intended to assist commanders in good decision-making. There is an expectation that the findings are based on accurate, reliable and timely information, as provided to them by the appointed Defence Inquiry officer.

But the actual reality of a Defence Inquiry is often far from accurate or reliable, and the process is typically and painfully drawn out over many months, resulting in significant anxiety and emotional trauma not only for the complainant, but for their families as well.

As it is commonly known in the lower echelons of the ADF, a Defence Inquiry has become an instrument of power, wielded by officers to deny their subordinates (and Defence civilians) access to fair and equal opportunity within their employment, and particularly when raising complaints of bullying and harassment, which under common law are entirely unlawful offences.

Moreover, what is purported in the written Regulations to offer provisions of fairness, independence and goodwill, is not strictly imposed. As evidenced by the countless experiences of those who have been subjected to this so-called instrument of justice, it is a process that is not only unfair but significantly flawed…and seriously so.

Defence Inquiry Officers are selected on the basis that they have ‘appropriate management and/or research and analytical skills, communication and report writing skills.’ They undertake four days of training but are not legally trained.

An argument can be sustained that if they are not familiar with the law and other instruments that provide protections from abuse, how then can they ensure a lawful process of inquiry according to common law? The Defence force navigates its way around this by arguing that Defence Inquiries are not bound by the rules of evidence, legal forms or technicalities. Therefore, they are not constrained by the fundamental concepts of justice and equality.

The provision for procedural fairness is only in place in principle, since a Defence Inquiry Officer is not obliged to accept or report in their final findings any written, adversarial evidence. Complainants are in theory allowed access to any evidence a Defence Inquiry officer has relied upon in concluding their findings, but rarely are complainants given full access to such evidence. Instead the complainant is forced to submit a request for information under the Freedom of Information Act and, if successful, may be given a heavily redacted version of the evidence.

Complainants are free to appeal adverse findings against them, but it is well known that in the majority of cases that have gone before the Defence Inquiry process, complaints are mostly never upheld in favour of the complainant.

In respect to the appeal process, assuming the complainant has the mental capacity to continue fighting for justice, that process inevitably too has a high rate of failure.

Clearly, procedural fairness and the rights of complainants are not adequately protected in the Defence Inquiry process. To the contrary, as evidenced, a Defence Inquiry undermines the integrity of what should otherwise be a fair and transparent process.

Numerous case studies confirm that Defence Inquiry officers can, and frequently do, cherry-pick those who will be deemed by them to be a credible witness and also who will not be credible: the choice is decided on what witness testimony will best serve Defence interests.

Their witnesses are even given guarantees that anything they say, or documents they provide to a Defence Inquiry officer, will be protected from possible prosecution or civil suit. This approach has resulted in a corrupted process, whereby witnesses are able to provide scandalous responses, defamatory accusations and false information.

Evidence from previous case studies, including the findings of a 2019 Senate Committee investigation (Report on Military Justice Procedures in the ADF, Chapter 5, Administrative Action), into Defence administrative actions, have shown that there have been incidents where witnesses have deliberately provided false information, false accusations and misleading statements to Defence Inquiry officers.

The Senate Committee may not be able to envisage any situation whereby administrative action is taken on the basis of such false or misleading witness statements, however as experience has shown, such has been allowed to inform the final findings to assist commanders in their decision-making. This represents a failing on so many levels, and causes profound reputational harm to the complainant, as those findings become part of an official record.

By allowing Defence Inquiry officers to continue taking into account circumstantial evidence and hearsay, there is no possibility that complainants can expect to access a fair or just hearing of their complaint.

Moreover, Defence Inquiry officers are specifically directed that they must not take evidence on oath or affirmation. This is because perjury is an indictable common law offence. Evidence given under oath or affirmation requires witnesses to tell the truth, the whole truth.

Defence Inquiry officers however can interpret events according to their own opinion, and not as events actually occurred. They have the freedom to use their own discretion to decide what information shall inform their proposed findings, regardless if it is – and it often is – focussed heavily on unsubstantiated hearsay and disregards credible witness testimony. Furthermore, they are not obliged to submit evidence that supports the complainant.

If such evidence were taken on oath and signed by the witness, it would force witnesses to tell the truth and may allow such statements to be challenged in subsequent Defence Force Discipline Act, civil or criminal proceedings.

The Defence Inquiry process is a direct threat to the mental health and wellbeing of soldiers and Defence civilians who dare to raise complaints of bullying and harassment.

Those who have the courage to assert their rights under equal opportunity law, soon find themselves a target to an insidious system of victimisation, which is specifically prohibited under the Equal Opportunity Act 2010 and federal anti-discrimination laws. The Defence Inquiry process forces complainants to waive their Constitutional right to protections as Australian citizens under Commonwealth Law, despite that they are not legally obliged to waive such protections.

Finally, when a Defence Inquiry is undertaken in secret, complainants are not permitted to make public the outcome of their complaint for fear of prosecution. This conflicts with the principle of open justice, a fundamental rule of common law that binds to the concept that abuses flourish when undetected

The principles of a democratic society require that everyone has the right to recognition everywhere as a person before the law. But those same principles do not extend to soldiers and Defence civilians, who continue to be denied fair and equitable treatment necessary to secure the proper administration of justice and a fair go!

There should be an urgent Senate Committee inquiry to:

Given the seriousness of the matters under investigation and the potential harm that adverse findings will have on complainants and their families, there should be equal opportunity to obtain the same high level legal advice that Defence relies upon in concluding the matters. (A recent news report revealed that the Department of Veteran Affairs paid over $15 million securing high level legal firms to fight compensation claims by veterans. This paper argues that Defence spends an equal amount, presumably more, to defend itself against complaints of bullying and harassment of soldiers and Defence civilians).

Further, the final recommendations of the inquiry should include:

In relation to the last dot point, the current avenues available to complainants are not independent of Defence. Numerous case studies reflect that the same flawed findings are returned when reviewed by the existing pre-compromised mechanisms/entities (eg IGADF, Defence Ombudsman, Defence Minister, etc) which default to a pre-adopted position of Defence. 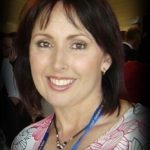 Author Kay Danes is a PhD candidate at Southern Cross University in the Graduate School of Law and Justice. She is the spouse of a 42-year ADF/Special Air Service Regiment veteran and is passionate about fighting for the rights of ADF members. Kay is a long-standing member of Civil Liberties Australia, working on joint projects.

This is an adaptation of a ‘Briefing paper on ‘ADF Failings of the Defence Inquiry process; A foundation for Institutional Abuse – Defence (Inquiry) Regulations 2018’ by Kay Danes OAM 05 August 2019

Other articles by Kay Danes: