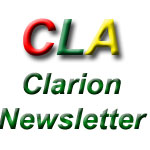 As debate about The Voice becomes shriller on whether and how First Nations people can have a better say, the real question for all Australians is how we can gain the right to free speech and other freedoms currently only ‘suggested’ by court opinions. In early March, the results of a four-year study into how ‘Free & Equal’ we should be will be handed down, along with – CLA hopes and expects – a recommendation for a federal Human Rights Act. That, as well as major changes to secrecy, privacy, discrimination and fixing the mess of the forensics, failing to disclose and the ‘justice’ system, in general, will highlight the agenda for the next two years.