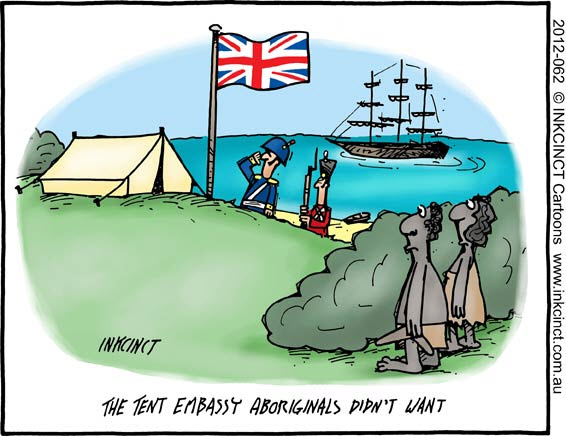 As the Australian Government gears up to implement a second version of the NT Intervention, the proposed laws should be considered by the federal parliament’s new Human Rights Committee, says the UN’s Matilda Bogner. That would be a strong signal that the government is committed to its human rights obligations.

There is a path that the Australian Government can take to reassure its critics that it wants the Stronger Futures legislation to comply with human rights standards – putting it up for review by the Parliamentary Joint Committee on Human Rights would be a strong signal.

The Stronger Futures legislation seeks to continue the NT intervention. Concerns regarding the Australian Government’s interventions in the NT, dating back to 2007, have been expressed loudly and repeatedly by affected indigenous communities and their supporters, the international human rights system, and international and domestic human rights groups. The latest iteration of the intervention is now before the Australian Senate as the Stronger Futures in the Northern Territory Bill (2012) and it is worrying to see a number of measures and provisions in it are similar to the highly-criticised previous response.

If we listen to the critics of the proposed Stronger Futures legislation, it would seem that mistakes are being repeated and lessons have not been learned in trying to tackle serious issues of safety and disadvantage of indigenous communities in the NT. The National Congress for Australia’s First Peoples, the body established by the current Government to represent indigenous voices at the national level, has expressed deep concern about the draft legislation, assessing that it will have a discriminatory impact on indigenous people, and that its formulation was not based on credible consultation with indigenous communities.

The Australian Human Rights Commission considers “the measures contained within the Stronger Futures Bills are intrusive and limiting of individual freedoms and human rights.” Australia’s Human Rights Law Centre said that the proposed legislation will “undermine democracy, further damage the Government’s relationship with Aboriginal peoples and be ineffective in addressing Aboriginal disadvantage.”

The UN’s global human rights watch-dogs, the Human Rights Committee, the Committee on Economic, Social and Culture Rights, the Committee on Racial Discrimination, and the Special Rapporteur on the Rights of Indigenous Peoples, have all expressed concern about provisions in the previous legislation that will remain in place under the proposed Stronger Futures legislation. Measures such as income management and withdrawal of social security for entire families if one child does not attend school can appear punitive and may have a disproportionate and discriminatory impact on indigenous communities. As the Special Rapporteur pointed out, such measures undermine the key principle of self-determination of the UN Declaration on the Rights of Indigenous Peoples, which Australia endorsed in 2009.

There have been improvements this time around in designing the new legislation for the NT. The government has invested heavily in carrying out consultations and changes have been made to reduce the discriminatory impact of the original NT National Emergency Response legislation. Significant programs have been funded in health, education, employment and housing in these communities. However, concerns remain that the consultations may not have been sufficient to guarantee meaningful participation of indigenous communities as stipulated by the Declaration.

The right to self-determination and the principles of free, prior and informed consent are key guiding principles in this context. Legislation that seeks to empower and improve the situation of indigenous peoples must be based on extensive and meaningful consultation with affected communities. It must ensure that a high degree of control over decision-making is given to indigenous communities. Compliance with these principles will also increase the likelihood that measures taken will be effective, and supported by communities.

There is a path that the government can take to reassure its critics that it wants the Stronger Futures legislation to comply with human rights standards. The Parliamentary Joint Committee on Human Rights can review any Bill or Act of Parliament and provide a “statement of compatibility” with Australia’s international human rights obligations. The passing of legislation for this committee in late-2011 was a welcome step that brings Australia closer to complying with its international obligations for legislative compliance with human rights norms. The Stronger Futures legislation was introduced to parliament before this new system, but putting it up for review by the Parliamentary Joint Committee on Human Rights would be a strong signal that the government is committed to bringing it fully in line with its human rights obligations.

*  Matilda Bogner is the Regional Representative for the United Nations Office of the High Commissioner for Human Rights (OHCHR) Regional Office for the Pacific, based in Suva, Fiji.