Recently I had the good fortune to read ‘The Basque History of the World’ written by former journalist Mark Kurlanski (Vintage Books, London, 2000). 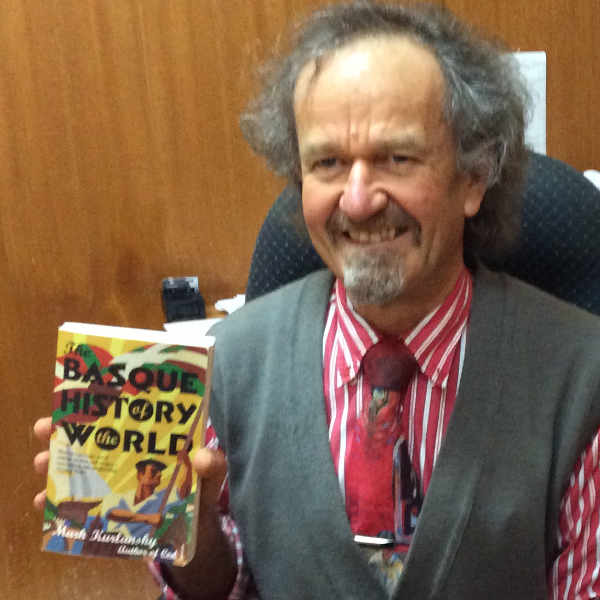 This interesting and informative book covers an eclectic array of topics, including a number of mouth-watering recipes which furnish a gastronomic insight into Basque culture!

We also read about Basque architecture. We hear about idiosyncratic bodily features of the Basque people such as a propensity to inherit blood type ‘O’. The book also examines a myriad of social and political currents which buffet the Basque people as we traverse the centuries through the 359 pages of this remarkable compilation.

Let me alight for a moment on chapter 5, entitled ‘The Basque Billy Goat’. In this thought-provoking chapter Kurlanski examines the advent of the Inquisition in the Basque region.

One topic of interest for the Inquisition was to find and deal with witches. If the Inquisition determined that someone was a witch (usually after the accused had ‘confessed’ after being subjected to sickening torture and other forms of duress), they could be sentenced to death by burning.

The Inquisition led to people, having been terrorised by the Inquisition, falsely denouncing their friends, family and neighbours to avoid being burnt as a witch. People who were accused typically confessed to being a witch and to astonishing matters such as rendering someone into a miniscule version of themselves so as to allow them to pass through cracks and small holes or casting spells that might turn a person into a toad!

The writer tells us that in 1611 the Inquisition determined that in the village of Zugarramurdi, out of a population of 390, 158 were witches and 124 were under suspicion of being witches. Happily the author goes on to recount an instance where members of a community decided to resist the Inquisition and rescued people determined to be witches and sentenced to die. Faced with brave resistance, the Inquisition then ceased its activities in that community. This is but one example of Basque resilience.

It is interesting (perhaps also confronting and chilling) to reflect on the events of the Inquisition in the context of some of the current issues besetting our community in Australia.

For example you don’t have to look very closely into some of the recent local legislation enacted by our federal government to see some of the powers and immunities enjoyed by the Inquisition now reposed in various government authorities. A good starting point in any such investigation would be to read the schedule to the Criminal Code Act 1995 (Cth), particularly in relation to terrorism type offences.

The Australian Security Intelligence Organisation Act 1979 (Cth) establishes coercive powers and secrecy provisions which are nothing short of chilling. Of course there are a number of current moral panics (fear of Islam, etc, etc) which are reasonable analogues to the witch hunts that swept through Basque country.

The book also canvasses a seminal historical event relevant to the Basque people in the early part of last century, namely the events of the Spanish Civil War. The author provides a vivid and compelling description of the bombing of Gernica and the complex politics of the era. Although Gernica was basically destroyed by the German air force and the ‘Nationalist’ forces, symbolic of the resilience of the Basque people, the ‘Tree of Gernica’ survived.

Kurlanski takes the reader on a wonderful journey in his book. I have touched on a couple of topics in these remarks. Despite the many travails visited upon the Basque people over the centuries, they have managed to retain much of their culture and traditions.

In this book the reader will find a recipe for Hare with Walnut and Chocolate among many others. How often does a book give the reader the means to enjoy satisfying his hunger for food and for knowledge, information and wisdom?

Let me conclude by saying this is a wonderful book, beautifully written and very well researched. I have no hesitation in recommending it.