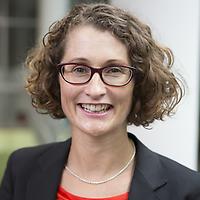 In a scathing article, two criminology academics eviscerate the senselessness and the quantum of the fines for not wearing a bike helmet in NSW.

Professors Julia Quilter and Russell Hogg say the fines are way too high and begging to be abused by police. They can have long-term deleterious effects on children and families, especially the poor.

‘Policing mandatory bicycle helmet laws in NSW: Fair cop or unjust gouge?’ has been written by Prof Russell Hogg of the School of Justice, QUT, and Prof Julia Quilter (photo) of the School of Law, at the University of Wollongong and published in the Alternative Law Journal.

“We argue that the safety concerns that originally animated the mandatory helmet law has, at least in NSW, receded behind what can only be described as a brazen exercise in revenue-gouging of its citizen-cyclists. The penalty is now ludicrously excessive,” they say.

“Along with safety, a number of other principles and concerns have been relegated, including any sense of proportionality between penalty and offence, parity with penalties imposed in other states for the same offence and with penalties imposed for other road safety offences in NSW, and recognition of the potential for police misuses of the law and of its collateral consequences for the vulnerable.”

The authors explain that, literally at the stroke of a regulatory pen, the fine in NSW jumped overnight in March 2016 from $71 to $319, a rise of 349%. They point out that the NSW fines are way out of kilter with those in other states (and with similar fines for much more 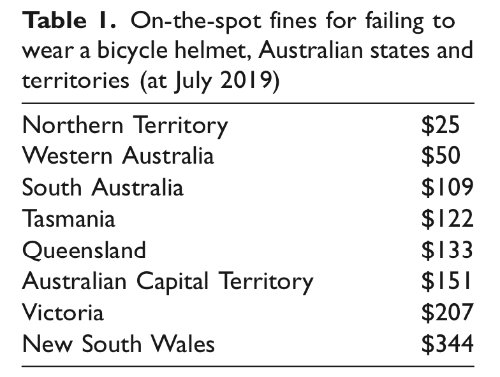 They say legal aid lawyers have told them that the law is used by police for a range of other reasons, such as to gather intelligence about other offences and suspects, to justify searches and to harass targeted individuals, particularly young people.

“On occasion this can involve the repeat issue of penalty notices for failure to wear a helmet (eg, a child or teenager issued with a penalty notice while cycling both to and from school on the same day).

“Draconian enforcement (can lead to) further offences like resist police, offensive language, goods in custody and so on.”

Hogg and Quilter point to possible long-term effects of a seemingly petty offence.

“There are the collateral consequences where the debt is not repaid. Enforcement action includes driver’s licence suspension or, in the case of those who do not have a licence, a restriction on obtaining any form of licence or learner’s permit. The possible flow-on effects of this, like secondary offending where a person is caught driving without a licence, can then land individuals in serious legal trouble.

“The impacts on some young people can be far from inconsequential. As an example, unpaid fine debt can increase the risk of a young person being pushed into poverty or prevent them from obtaining a driver’s licence upon which employment and other opportunities may depend. “

Tip of a huge problem with regulations

The authors say that the bike helmet problem is just the tip of a regulatory iceberg.

“The penalty notice regime applying to this one minor offence of failure to wear a bicycle helmet raises multiple issues, but it also provides a glimpse into what is a much greater problem. Currently around 2.8 million penalty notices are issued each year in NSW. More than 20 penalty notice fines are issued for every sentence imposed by the courts.

“Many of the problems noted here with respect to the helmet offence pervade the entire area of penalty notice provisions. It is a hidden justice system, devoid of the safeguards assumed to apply to the administration of justice.

“That a more than threefold increase in the penalty for failure to wear a bicycle helmet can be instituted overnight by simply amending a regulation attests to the capriciousness and paucity of meaningful accountability that characterises the legislative process as it pertains to penalty notice regimes.

“The same problems pervade enforcement, as penalty regimes effectively concentrate all power in the executive.”

The authors report that a 2006 NSW Sentencing Council Report made some withering criticisms of the penalty notice system and pointed to:

‘The absence of any coherent or consistent cross-government mechanism for the fixing of the level of the penalties for which such notices may be used, or of guidelines for their adjustment in circumstances where there seems to be little in the way of any rational proportionality between many of the available penalties and the objective seriousness of the relevant offences . . .’ – Sentencing Council

“However, no willingness has been shown by successive NSW governments to respond to those general criticisms and recommendations of the Sentencing Council, nor to tackle the fundamental structural problems with what continues to be a sprawling, ever-expanding and largely invisible system characterised by irrationalities, anomalies and injustices of the kind that we have noted with respect to the helmet offence,” Hogg and Quilter says.