By Air Marshal Ray Funnell AC (retired), for the past 20 years an advisor to Australian governments on asylum seekers and detention. 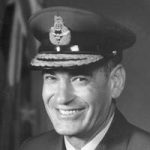 The key to controlling Australia’s borders is deterrence.

However, deterrence should not be achieved through the inhumane treatment of asylum-seekers in offshore processing centres on Manus, Nauru or anywhere else. No modern democracy should so much as countenance that approach, let alone maintain it for years: our nation is rightly condemned for doing so.

Wake up Australia. Deterrence is achieved through stopping boats, not through mistreating those who use the boats. We already know how to stop the boats. So, let’s just do it.

Firstly, we need to develop true regional cooperation with a special focus on Indonesia. Our treatment of our most important nearby neighbour has been appalling and thereby self-defeating. Instead of the stupid mismanagement of the past we must sharpen our diplomacy, cultivate Indonesia’s friendship, treat Indonesia as an equal and help that complex but fundamentally tolerant nation on the long and difficult road to democracy.

In particular, we should be helping Indonesia financially and professionally in managing the refugees who move there from mainland Asia.

Secondly, we need to control the maritime approaches to Australia. Through intelligence and active patrolling we must continue to intercept any unauthorised entry by boat into Australian waters. We know how to do this and have been doing it successfully for years.

Thirdly, we need to return all intercepted boats to their port of departure. If the boats are unseaworthy, return their occupants.

This connects with the first point. A cooperative Indonesia will accept this provided we engage actively with our neighbour in managing regional refugee flows.

The oft-repeated nostrum that we have to maintain offshore processing to save lives is disgraceful manipulation of public sentiment. This is speculation that is incapable of proof or disproof. A corollary manipulation is that the relaxation of offshore processing would send an automatic signal to people smugglers that they can safely restart their operations. Again, this is incapable of proof or disproof.

Professionals who have been working in this area for decades know that the key to border control is stopping the boats and that is best achieved through returning the asylum-seekers to their point of departure and managing them humanely there.

Return the people/boats to shatter the smuggling model

No people-smuggling operation can be maintained when its customers are constantly being returned to their point of departure. That completely undermines the credibility of the people smugglers. In addition, regional cooperation will lead to their identification, arrest and prosecution.

Unfortunately, neither the Coalition government nor the Labor-dominated opposition has shown the fortitude and the political bravery needed to stand before the Australian people and inform them honestly of what should be done and why, thereby convincing them to change the now-held, majority position on how we should manage our borders.

To conclude with a heartfelt appeal to our parliamentary representatives. Please, let us have no more of the deceit, dissembling and outright lying that infects public discourse in this country. Be honest with us and you will reap the rewards

Air Marshal Ray Funnell AC (Retd) is a former Vice Chief of the ADF (1986-87), Chief of the Air Staff (1987-92) and from 1999 until April 2018 a member of various councils advising successive federal governments on asylum seekers and detention.