Exaggerated fears, excessive, expensive and stupid solutions…our pollies have not opened up the new year 2015 in a way that inspires confidence, says Hugh Selby.

‘Now I am terrified…’

As the new year dawns, let us reflect about how our community is being diminished by politicians who use our capacity for exaggerated fears to garner votes with excessive, expensive and stupid solutions.

The terrorists win their war against our values even as they lose battles. We, not they, surrender our values.

The economic costs of building an ever bigger anti-terrorist bureaucracy and the justice costs of overturning hard-won rights to liberty until guilt is proved require a community mindset that the “threat is so big that our values should be sacrificed”.

Man Haron Monis was not a terrorist. He was a mentally ill man committing criminal acts. Our jails house large populations of people with mental-health issues, but it was politically expedient for the pollies to use the ‘T’ word.

Quite rightly, there was quick condemnation of the senator who saw his chance after the Martin Place tragedy to argue for more guns in our community, but what about Immigration Minister Peter Dutton’s sly announcement that customs and border protection staff can carry guns at our airports (media 30 and 31 December, 2014)?

Where will this madness stop? Imagine that you are at an Australian airport, port, railway station, ferry terminal or bus stop, and that you alone or with others are taken hostage. Do you think it will aid or hinder the response and your chance of survival to have transport staff using weapons?

In this country, our police response squads are highly trained. They need to be. We want it to stay that way. Every year one or more people dies as a result of a police shooting or being hit by a stun gun’s charge. That’s tragic, but the lesson is often that the armed officers responsible were not from the response squads and lacked the skills to deal with the situation in a non-lethal way. 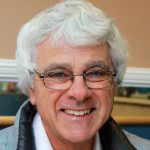 * Hugh Selby is a lawyer who teaches courtcraft.