Freda has asked us: 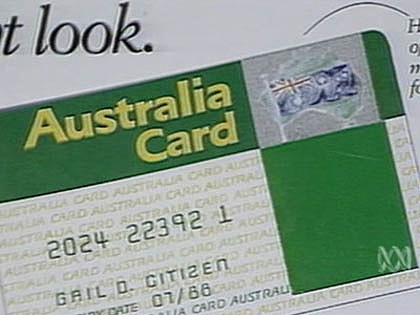 I recall that you railed against the Australia Card identity card and it did not go ahead. How easy would have been to use the card as our Covid check in system. You seem to have been very quiet regarding to current Covid check in using a phone.

Thanks for your comment, Freda. You may have some other organisation in mind? Liberty Victoria, as they are now called, or the NSW Council for Civil Liberties?

The Australia Card was a proposal for a national identification card for Australian citizens and resident foreigners. The proposal was made in 1985, and abandoned in 1987.

Civil Liberties Australia was incorporated in December 2003. We are a separate body from the other two, mentioned above, who have been going for 80-odd (with a major interruption) and 58 years years respectively.

CLA wasn’t around during the Australia Card debate.

My personal belief is that some form of national ID is inevitable…though I share the concerns of people who say it’s easy to lose a card, whereas a number tattooed in ink on your wrist for life can’t be lost, or erased…and worked for Hitler. Hence they oppose any such ID scheme on philosophical-principle grounds.

But what are the safeguards?

The questions about a card or other ID (phone or watch e-code? for example) are around the safeguards against abuse by authorities. No-one has paid much attention to safeguards since 1987 – we don’t have a personal Privacy Act; we’ve lost massive volumes of control over our own data under “anti-terror” laws that are over the top.

…and we have in the past two years had imposed, frequently without enabling state legislation, a de facto national ID database in the form of drivers’ licences and associated data held by ACIC, “Australia’s national criminal intelligence agency”.

Freda, why are you and I in a “criminal intelligence database”? We’re not criminals.

The current mandatory QR code check in, using phones, is in place under emergency, pandemic legislation. There should be widespread public debate about whether we’re prepared to have such a system in normal times.

What starts out as your having to check in at the supermarket or eating out can easily be morphed into mandatory location lodging every time you pass a retail terminal, a police point or a bus/tram stop.

Do you want the government able to trace your every movement, minute by minute, every day, all year, every year, and to keep a permanent record…with no ability to opt out for a second?

My personal concern is not that our ID is captured when appropriate, but that our rights and responsibilities – and those of the government to/re us – are nowhere spelled out. Perhaps you’d like to campaign for a national Citizenship Certificate, and the federal Human Rights Act that should accompany one?

Where is Australia’s Citizenship Charter?

We have no such document.

Ideally, the rights and responsibilities would be incorporated into a Human Rights Act which would allow everyone to know where they stand, and what the fundamental relationship between the citizen and the state is.

It’s time the Coalition government changed its policies to concentrate as much on liberties, rights and freedoms as it does on penalties, offshore and onshore detention, Robodebt-like punishments and failing to provide appropriate support during bushfires and pandemics.

“The entire mindset of government – Coalition or Labor – needs to change to concentrate on serving the people rather than being self-serving,” CLA President Bill Rowlings said.

Note: Civil Liberties Australia is a totally voluntary group. No-one gets paid. We try to improve draft laws before they are legislated, correct generic anomalies in how people are treated, and look out for excesses of governments, bureaucrats and police/security forces with the aim of keeping Australia the relatively free and open society it has traditionally been.