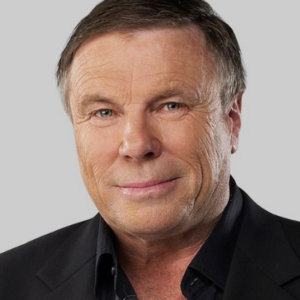 The Morrison Government wants you to sign up for an optional COVID-19 contact-tracing app.

The deal is that if enough people accept government monitoring of their every movement for an indefinite period (but hopefully not forever) then we will all be allowed out of the present excruciating lockdown.

But this is also what’s known as a Faustian Pact – or as my wise old mother Ella used to say before she shuffled off on the far side of 100 years: “If you sup with the Devil you need a long spoon.”

When you hang around a hundred years you are bound to learn a truth or two. Ella always remembered, back when she played her part in the downfall of Hitler, how in 1939 the British Government introduced the National Registration Act requiring all citizens to carry an identity card. Failure to do so incurred a fine or a prison sentence.

Mum was a Scot with Irish influences and never much trusted the ‘English Government’ as she called it. But she trusted Hitler even less, so in the belief that there were probably Nazi spies everywhere, like most Brits she went along with it.

But compulsory identity papers certainly went against the grain of British history where unquestioning trust in government has always been in shorter supply than dunny paper in COVID Australia.

Distrust of government was, along with felons, the earliest British export to Australia.

How much that abiding suspicion remains part of our national character will be revealed over the next few weeks. We are about to measure trust in our leaders in a simple way.

We will have a precise count of just how many people will volunteer to allow the government to spy on them; where they go, when they go, who they see, and possibly even to ask them why.

It is in a good cause and if you’ve got nothing to hide what’s the problem? We need to believe we can trust our politicians in these terrible times. But put aside all suspicions and even discount for a moment whatever it is worries you about ScoMo and Albo and the rest of them.

In pure science, if everyone signed up to the contact-tracing app it would make a lot of clinical sense.

Whenever a new case of the virus occurs, right away the stored data will reveal every one of the patient’s recent contacts. Having been in the vector of the virus you can now be notified and quarantined.

Surely this is a good thing because we are dealing with a matter of life or death.

Our leaders tell us we are in a state of war. A small sacrifice of your privacy along with early diagnosis might save your life and the lives of others.

It might even be the get-out-of-jail-card which gives us remission without costing the lives of older Australians.

Journalists are one special interest group who have misgivings. Protecting the identity of informants has always been central to the code of journalism. There is now a widespread concern that the identity of whistleblowers everywhere might be blown if the government has access to a journalist’s every movement.

Then there is the reasonable fear that private information might be hacked. The government does not have a reassuring record of security of information.

Asking around, I suspect journalists are not alone and that most Australians won’t rush to buy this deal either.

At the time of writing, I haven’t seen an opinion poll (maybe another casualty of the lockdown) but my own straw-poll (albeit with no pub test) over the past few days conducted in butchers, news agencies, garden centres and the like, makes me think the government will be unlikely to get the 40% take-up they say is needed for the app to be really effective.

People these days are apprehensive and not just about the virus. There is always public unease when governments seek ever greater powers. So far, many civil liberties have been surrendered but, at some point, public tolerance will reach its limit.

At the height of the Cold War, Menzies failed to get electoral support in a referendum to ban the Australian Communist Party. Even though few Australians much liked communism.

Later, Hawke failed to get us to accept an ID card even though it was proffered in patriotic green and yellow as the Australia Card.

The mob usually know if a proposition is suss.

Repeatedly this week I was hearing the reservations: “No matter what they say, how do we really know our personal details won’t be shared with other agencies?” Like the coppers and the taxman? Fair question.

Those are only some of the many nitty-gritty concerns the government will have to assuage before we will sign up for the greatest public surveillance in Australian history. Then there remains the biggest question of all, “When will the surveillance end?” On that question, back to my late mother Ella and her long memory.

The1939 National Registration Act passed by the British Government required everyone to carry identity papers and present them on demand. The war ended in 1945 but despite the hard-won victory of democracy over tyranny, as late as 1950 the coppers were still routinely demanding citizens produce wartime identity cards.

The convenient political excuse for not relinquishing those extraordinary powers was the advent of the Cold War.

The abuse of power might have gone on forever but for a stroppy Yorkshireman named Clarence Willcock. He was a member of the British Liberal Party (nothing like Australia’s Liberal Party) and the manager of a small suburban dry-cleaning company.

Stopped at random by the police, Willcock pointedly refused to show his ID card. He took the fight to court where he immediately became a national hero.

Willcock was convicted and fined 10 shillings, but in one of those lovely twists of British law he won hands down in the court of public opinion.

Even the Lord Chief Justice recommended against the continued use of identity cards and the undemocratic legislation was thrown out within the year.

For my old Mum, as for most people there at the time, Clarence Willcock was a hero, precisely because he wasn’t a politician or a barrister – just an ordinary bloke, a bolshie dry-cleaner who became the embodiment of the spirit of democracy.

Like most journalists I won’t be signing up for the COVID-19 contact-tracing app. But that certainly does not mean that you shouldn’t.

These are extraordinary times and while we have already surrendered many liberties, the present health crisis still calls for extreme measures. Especially if those measures have a good chance of working .

As participants in a long-running play we should know only too well that democracy is so much harder a game than dictatorship.

Our federal democracy has survived for 120 years only because we got things right more often than we got them wrong and because we knew when to trust governments and when to toss them out.

Today is one of those moments in history when government needs to be guided by the collective wisdom of the people.

This article appeared first in The Mercury, Hobart on 25 April 2020. It is reproduced with the permission of the author. Long-time Tasmanian Charles Wooley first joined 60 Minutes in 1993 and spent quarter of a century travelling the world interviewing and reporting on interesting people. He has been a broadcaster and blogger, and continues to pen thought-provoking articles for print and online outlets, though now semi-retired.