A zero tolerance regime, such as with drugs like marijuana in the system, is immeasurably senseless and therefore unfair, many people believe. Time for a change to the law.

“Because we’ve got this zero-tolerance approach to drugs in the system, we don’t send out a targeted message to people, other than ‘don’t do drugs’,” he said.

“People should really be looking at what level of impairment is actually a risk to public safety, and then the tests and the thresholds should be based around that.”

Alcohol and other drugs should be treated equally, Civil Liberties Australia believes: there should not be two different regimes, particularly when no relativities have been established for being marijuana impaired as they have been for being alcohol impaired. 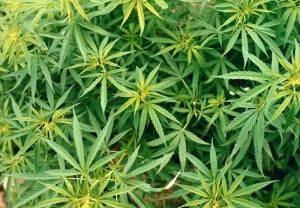 Mr Vines was commenting on a case in Canberra where a motorcyclist and a Land Rover collided in early 2015. The unimpaired motorbike rider – who was almost killed when a car pulled out in front of him – was charged with drug driving for having traces of cannabis in his system from two days earlier.

The case raised questions about the zero-tolerance approach of the drug driving laws, which, unlike drink driving, do not measure whether a driver is impaired.

The man, 45, was riding his Harley-Davidson in January, when a Land Rover pulled out in front of him. The motorcyclist was not at fault and was unimpaired at the time of the accident, however, he was charged with drug driving.

The crash left him with horrific injuries. He suffered a broken pelvis, three fractured vertebrae, broken ribs, a broken tibia and fibula in both legs, a broken femur, a dislocated shoulder and a pulverised kneecap. His left big toe had to be amputated, and he required a donor kneecap and tendon for his left knee. The rider was in a coma for 10 days, causing a pressure sore on the back of his head. He also needed dialysis for two months due to kidney failure, Christopher Knaus reported in the Canberra Times.

He is expected to take many years to recover, and remained in a wheelchair five months later.

As is legally required after such a vehicle accident in the ACT, doctors took a blood sample and found a trace of cannabis. The man, not a regular drug user, had smoked a small amount of cannabis at a party on Saturday night, two days earlier.

The ACT’s drug driving laws make it illegal for any trace of an illicit drug to be in a driver’s system, similar to most Australian states. By contrast, drink driving laws prescribe minimum thresholds of alcohol concentration in the blood to assess whether a driver’s ability is impaired.

In the ACT Magistrates Court in late June, the court heard there was no evidence whatsoever that he was impaired at the time of the crash, and that he was not at fault.

Magistrate Peter Morrison described the case as exceptional, and made a non-conviction order.

Mr Knaus reported that the issue of whether to take a zero tolerance or impairment-focused approach has split many countries. In Europe, for example, the Czech Republic, Denmark, Germany, Greece and Spain base their laws on impairment, while Bulgaria, France, Poland and Sweden have a zero-tolerance model, he said.

Other countries, including some parts of the US, also employ behavioural impairment tests, such as walking in a straight line, the one-legged stand and measuring pupil size and responsiveness.

The ACT’s drug driving laws were introduced in 2011 to try to deal with the significant and dangerous problem of drivers getting behind the wheel while high on drugs.

In 2013, another questionable case came before the court involving a senior public servant who ate a breakfast muesli containing hemp seeds before riding her motorbike. Her husband was a dietitian who had been making her a special gluten-free muesli, causing the low level of THC found in her system.

The case jeopardised her job in the public service and threatened the strict national security clearances she had needed. Her nine-month court battle was described as “traumatic”, and she was also given a non-conviction order, Mr Knaus reported.

In an editorial, the Canberra Times called for a review of the ACT’s zero tolerance policy: http://tinyurl.com/nrl3tk3