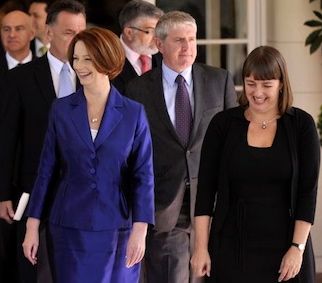 She’s at it again, the woman who heads Australia’s Thought Police. Now Tricky Nicky Roxon, our AG and the Commissar of Canberra’s ‘Can’t’ Cabal, wants to stop us being Aussies and using colourful language. She’s proposing new anti-discrimination laws that will slash freedom of speech, and take the ‘OI’ out of boisterous debate. Let’s tell her to get out of our heads – we don’t need more laws!

‘Time to go on the offensive against the Thought Police’: The Punch version, with comments