The proposed new Australian Border Force – never publicly justified – will be a costly mega-agency destined to produce a mistrustful workforce and officer persecution, based on departmental histories.

Why are we militarising customs?

Reasoning as to why such militarisation of civilian border control functions is needed is also absent. It is inconsistent with democratic principles to establish an armed border paramilitary agency subject to political whim and lacking effective independent oversight.

Many of the threshold issues were previously well covered in this CLA link, and in the comments of Mr MacCallum . 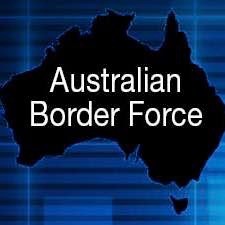 Claiming that the Bill would have no financial impact appears to be false: consider for example the time and effort applied by many highly paid public servants in attempting to devise workable solutions implementing former Minister Morrison’s ABF decision; and on finding a HQ acceptable to the new mega agency, within 10km of the fortress Parliament House has become and with all obligatory TOP SECRET physical security measures; and to re-badging and providing spanking new uniforms.

We appreciate the closing date for submissions was 2 April, however, prominent issues from the Border Force documentation, which Civil Liberties Australia believes should be addressed, are:

1)  The proposed CEO executive management powers to be held by the Commissioner ABF seem slightly confused.

The Commissioner is said not to be an agency head for the purposes of the Public Service Act, but will apparently have powers of immediate dismissal and/or to vary the date of officer resignation in cases of serious misconduct, exceeding the usual powers of departmental Secretaries, yet still stated to be subject to standard procedural fairness and similar provisions in the APS Code of Conduct.

The rights of ABF officers seem a hybrid of civilian, law enforcement/paramilitary and military, but without clarity as to the powers of the Public Service Commissioner to vary or overturn a decision made by the ABF Commissioner.

The Australian Defence Force has well established military legal protocols through the Judge Advocate General role under the Defence Force Discipline Act 1982.  Why are similar ABF oversight and appeal mechanisms absent from the Bill, given that ABF officers will engage in paramilitary and border enforcement operations qualifying for military awards?

2)  The powers of the Commissioner and the Bill propose information protection standards and penalties for failure to comply.

Customs and Immigration by their own admission have an imperfect record of observing high standards of official information protection, for example former officer Mr Allan Kessing was prosecuted under the Crimes Act for unauthorised disclosure of an accurate report on Sydney Airport security.  Other incidents of officer persecution have occurred (e.g. Mr Tony Mayhew in the Minister Michael Mackellar colour TV affair).

What is to prevent future abuse of office and persecution of honest border force staff, and misuse of national security and Crimes Act provisions for political purposes, in the absence of defined independent and timely review processes?

3)  The faith placed in costly and intrusive substance testing programs is unlikely to be proven correct, due to the reduction in organisational trust.

Such testing reverses the presumption of innocence, obliging officers to prove they are not guilty.  A more effective approach would be to conduct testing where reasonable cause exists, not randomly.

4)  The extensive punitive powers set out in the Bill appear inconsistent with encouraging and motivating a trusted, highly committed border officer workforce, and are likely to contribute to a mistrustful work environment, stifling innovation and creativity.

NOTE: This would have been Civil Liberties Australia’s submission to the Senate Constitutional and Legal Affairs Reference Committee inquiry into the two Australian Border Force Bills. However, the government is providing too short a time to consider major changes in direction – like this one establishing an entirely new ‘force’ – that it is not possible for totally volunteer entities to cover all the requests coming at the one time from the government for comment their proposed laws.