In a welcome initiative, Tasmania is reviewing how people who may be wrongly convicted can get their case back before a court. CLA is proposing improvements to the bill. 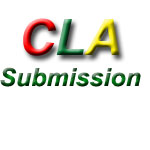 Thank you for introducing this legislation to Tasmania. Civil Liberties Australia (CLA) believes it is a bill for better justice, which will help ensure some wrongful convictions can be overturned. Thank you also for the opportunity to comment on draft wording of the bill. CLA proposes wording changes that we believe would lead to even fairer and better justice for the State of Tasmania.

Name: For simplicity, we propose renaming the bill to:

The short title would then become: Right To Further Appeal Act 2015

Definition: We propose that the definitions of “fresh” (if needed, see below) and of “compelling”, as pointed to on page 5 of the draft, be separated, so that the sub-clause would read:

fresh evidence has the meaning given by subsection (9);

compelling evidence has the meaning given by subsection (9).

The reason for this change is that the definitions are treated individually in subsection (9), and not as a joined pair.

402A. (3) We propose a change to the wording of the last two lines, so that it would read:

…ground that there is fresh or compelling evidence. (bold added)

The changed wording – replacing “and” with “or” – caters for cases where the “fresh” definition of new evidence may be in legal doubt, but there is no doubt about the new evidence being of a “compelling” nature. Without an “or”, a substantial injustice could be visited on an appellant simply because of the wording of this amending act. If fairer and better justice is the aim, “or” is the word.

If a person appeals, and the judges find there is “compelling” evidence that a major miscarriage of justice has occurred, but the person stays in jail because the evidence is not legally “fresh”, that would not be the fair or just outcome the State is seeking by altering the law. “Fresh” is a un-needed bar over which to jump; in fact, it detracts from the primary consideration of “justice”. It confuses the basic question: has a miscarriage of justice occurred (or, is this conviction unsafe)? Frequently, time is able to paint a different light on the inter-connecting sets of circumstances which led to conviction, revealing different highlights and shadows, and the one to the other more illuminatingly. “Compelling” evidence, by itself, ought to be enough to overturn a wrongful conviction.

Judges Gray, Sulan and Nicholson summed up the issue in December 2014 in Keogh (note also that the High Court does not use the word “substantial”):

The answer to [the question of whether or not there has been a miscarriage of justice] may only be given after a consideration of the facts, not only as they emerged at the trial, but also as they emerged [on appeal] no matter what descriptive term the evidence adduced there might be given. It is elementary that some matters may assume an entirely different complexion in the light of other matter and facts either ignored or previously unknown.

Judge Brian Ross Martin[1] made a similar comment earlier in 2014 in deciding that David Harold Eastman, who had served 19 years in jail, was entitled to a new Full Court hearing in the ACT (Eastman’s original verdict was subsequently quashed by a Full Court: the issue of whether or not a new trial will continue is before the court in April 2015):

In this discussion, I have avoided endeavouring to classify evidence that has emerged in the inquiry as either ‘fresh’ or ‘new’ evidence (103). In my view, in particular circumstances, the distinction is of no practical consequence.

402A (6) (a) and (b): The proposed wording would become “fresh or compelling”, for the reason stated above. Alternatively, “fresh” could be omitted for simplicity of construction and understanding.

402A. (6) (b): CLA proposes that the word “substantial” be omitted. Our understanding is that the Tasmanian Government, by this bill, is indicating that it does not want any miscarriage of justice to stand as a blight on the State’s legal system, whether or not it is legally “substantial”.

The word “substantial” is not (and, apparently, cannot be) precisely defined by legislatures or courts: therefore the word simply adds imprecision to the legal language of an otherwise well-constructed bill. An alternate approach would be to use the simple word “unsafe” in lieu of “substantial miscarriage of justice”. This latter is the wording now adopted in similar legislation by the English/Welsh legal system.

Justice is best served when everyone knows clearly what the law says, and therefore how it will be interpreted judicially. Without precision, judges are forced into convoluted verbal reasoning to justify using “substantial”, a word that is both legally indefinable and immeasurable, according to precedent. Judges Gray, Sulan and Nicholson summed up the dilemma recently in Keogh – please note that using ‘unsafe’ adequately covers all the examples given here, and still allows for the situation where a minor procedural error may have occurred, but the conviction remains “safe”:

under section 404, order that the Director of Public Prosecutions, within 30 days, decide whether a new trial be held.

The reason for this wording change is to clearly leave open the option of a DPP deciding that a trial may not be in the public interest, if a retrial is ordered by a court. For example, if someone appealed in the 20th year of a 20-year sentence, and was successful in proving the original conviction was unsafe, it may not be in the public interest to undertake a new trial when the very strong likelihood would be that the person, if convicted, would not be sentenced to any additional jail time (see the Keogh case in SA, and the Eastman case in the ACT). In such circumstances, no practical purpose is likely to be served by holding a new trial, and the State should have the option of avoiding a waste of court time, scarce legal resources, and budget. While a Court of Criminal Appeal may order a new trial, on assessing the situation the DPP may find that the availability and age of witnesses, their memories, and the forensic material still available may be such that a fair trial is no longer possible. In such circumstances, there should be an option left open to the State, in the form of the DPP, to make a decision against a trial in the public interest.

402A. (10) We propose the wording be changed to “fresh or compelling” (or to just “compelling”) for the reasons given above.

[1] Judge Brian Ross Martin served as Crown Prosecutor for SA for three years from 1982 and as Commonwealth DPP for three years from 1997. He was also a Supreme Court judge in SA, and later Chief Justice of the Northern Territory, so his opinion carries a considerable weight of prosecution director experience at a senior level, not to mention his wide-ranging judicial expertise, which includes two high-profile cases recently, Rayney in WA and Eastman in the ACT.