When Michaela Banerji first joined Twitter in May 2011, it was unlikely she envisaged her tweets ending up in the High Court almost eight years later. But in March, Australia’s top court will sit in judgment on the former public affairs officer’s social-media habits.

Comcare v Banerji, an appeal from a decision of the Administrative Appeals Tribunal, could affect the political rights of almost two million Australians: those employed by federal, state and local government. 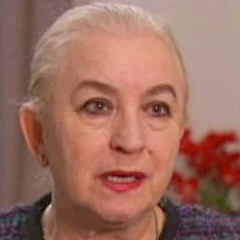 Banerji’s sin? Between 2011 and 2012, the public servant tweeted critically of Australia’s border protection policy and the politicians and bureaucrats behind it, via the pseudonym LaLegale. These included tweets to Scott Morrison and Jason Clare telling them to read the Refugee Convention, and suggestions that Australia was in breach of international law.

The tweets were made in Banjeri’s own time, via her own devices and did not disclose any confidential information.

Nevertheless, in mid-2012, the Department of Home Affairs (then the Immigration Department) advised Banerji (photo) she was under investigation for possible breaches of the Australian Public Service code of conduct. The code, set out in the Public Service Act, required public servants to “at all times behave in a way that upholds the APS values”.

Among them is an obligation to be apolitical.

Banerji was ultimately sacked, and an injunction application to the Federal Circuit Court failed.

But half a decade later, a Comcare claim from Banerji – for depression and anxiety suffered as a result of the investigation and termination – was successful in the AAT. At issue, before Deputy President Gary Humphries and member Bernard Hughson in early 2018, was whether Banerji’s firing was constitutional; if it was not, compensation would be payable as the termination could not constitute reasonable administrative action.two m

The AAT focused on the anonymous character of Banerji’s tweets, holding that “restrictions in such circumstances bear a discomforting resemblance to George Orwell’s ‘thoughtcrime’ “. Humphries and Hughson therefore decided that the limit on Banerji’s free speech was unconstitutional.

With a central element of the government’s regulation of its workforce called into question, Attorney-General Christian Porter applied to remove Comcare’s appeal straight to the High Court. The case, which will be heard on 20 March and likely decided by the end of the year, could shape the ability of Australian public servants to engage in political debate for decades to come.

Restrictions on public servants’ political expression are not novel. The first civil service regulations in the colony of South Australia, promulgated in 1861, required public servants to “abstain from all active interference in political movements”, or face dismissal.

These limits were reflected in other Australian colonies, springing from – in the words of one author – an “obligation of silence” accepted by British bureaucrats.

The government launched a misconduct investigation of P. L. Bazeley, head of the Commonwealth Serum Laboratories, in 1961 after he criticised a bill that would affect his agency.

The separation between the public service and political life was constitutionally entrenched following Federation – section 44 of the constitution prohibits anyone holding “any office of profit under the Crown” from being elected.

In 1902, the first version of what would later become the Public Service Act forbade public servants from discussing or promoting political movements. For a time, this orthodoxy held without great complaint.

But slowly, the disenfranchisement of government employees from political life came to generate controversy. In the early 1960s, disciplinary action against three public servants invoked debate about the appropriateness of these limitations. In the most high-profile case, the director of the Commonwealth Serum Laboratories, P. L. Bazeley, was suspended after publicly opposing a draft bill that would have affected his agency.

Although Bazeley apologised and admitted his guilt, the public outcry was significant. Opposition leader Arthur Calwell condemned the punishment as “outrageously severe”, railing that Bazeley was “worth more to Australia than all the Pecksniffian chiefs of the Public Service Board”. The Sydney Morning Herald decried this “example of unwarranted authoritarianism”, while The Age asked whether “responsible, prominent citizens, however eminent in intellect or achievement, were to be muzzled because they worked in the public service”?

This question, asked almost 60 years ago, goes to the heart of Banerji’s case before the High Court. The great difficulty in resolving the issues that arise in this context is that there are persuasive arguments on both sides.

The government – and the public at large – have reasonable expectations of a neutral and impartial public service. One need only look to President Donald Trump’s overt politicisation of senior echelons of the US bureaucracy to appreciate the havoc caused. A respected and apolitical APS is a bulwark against political patronage and the ineptitude it brings. Wholesale hiring and firing within the public service following every change of government would not aid stable administration.

But these meritorious objectives are in tension with equally compelling individual and public interests. Public servants are equal participants in Australian democracy – they must enjoy the rights and responsibilities that come with it.

Academic and judge Paul Finn once wrote “we have not created a separate caste of public officials”, nor have we “relegated our officials to the status of second-class citizens”. While public servants agree to certain restrictions when they accept employment, they cannot contract out of constitutional or fundamental rights.

And, as The Age highlighted, nor should we want them to. Beyond the quantitative detriment to public discourse caused by silencing 16% of the working population, public servants are often particularly well-qualified to discuss the issues of the day.

Excluding those contributions risks institutionalising – as Finn later wrote – a “dialogue of the deaf”, between “those who do not know and those who will not or cannot tell”.

Historically, the appropriate balance between these principles received little attention from Australian courts. This was partially explained by a liberalisation of the restrictions, beginning in the 1970s, and partly due to the absence of strong free speech protections in the constitution.

Yet following the High Court’s discovery in 1992 of an implied protection for political communication in Australia’s founding document, the balance struck by federal and state governments became a matter of judicial concern.

The first case to challenge these limits arose in the early 2000s, after the Australian Customs Service disciplined an employee, Peter Bennett, for public comment he gave in his capacity as a union representative. At the Federal Court in Canberra, Finn, as judge, remained true to his earlier academic writings. “Official secrecy has a necessary and proper province in our system of government,” he mused. “A surfeit of secrecy does not.”

Accordingly, while the impugned regulation had “been a threatening presence for Commonwealth public servants for over 100 years”, Finn declared it unconstitutional.

Although the federal government promptly replaced the invalidated regulation, and a subsequent challenge to the replacement failed, the arrival of social media again enlivened this issue. In 2014, Department of the Prime Minister and Cabinet staff were told to dob in colleagues for political tweets. Meanwhile, the most recent Public Service Commission guidance warned that merely liking an anti-government post on social media could contravene the code of conduct.

More recent litigation has been inconclusive. In 2016, Centrelink employee Daniel Starr was reinstated after successfully challenging his dismissal – for online posts – on free speech grounds.

But in 2017, the Federal Court accepted the legality of the Australian Defence Force’s dismissal of army reservist officer Bernard Gaynor, who had made a series of homophobic and Islamophobic tweets. While the High Court ultimately refused to hear an appeal in that case, the comments of the army’s barrister – Jeremy Kirk SC – proved prescient. “No doubt there are some interesting issues over the horizon here – interesting issues about social media and members of the public service,” he conceded.

It seems dawn has now arrived.

When the High Court hears Comcare v Banerji, three questions will ultimately determine whether public servants can speak with any freedom on political matters.

First, what is the proper interpretation of the Public Service Act and its demand of impartiality “at all times”? Both Banerji and the federal government argue for a narrow interpretation, for very different reasons.

In Banerji’s view, a limited reading of the relevant provision would mean that her anonymous conduct is not even covered, so the constitutional question falls away. The federal government, on the other hand, suggests a narrow scope in the hope that doing so saves the provision’s constitutional validity.

This gives rise to a line in its submissions that only a lawyer could write: ” ‘At all times’ … does not mean ‘always and under any circumstances’ “.

The second question concerns the proper methodology for undertaking constitutional review in this context: essentially, whether the High Court should assess the constitutionality of the APS code of conduct itself, or of the individual decision to terminate Banerji. The government argues for the former; Banerji the latter.

Finally, and in light of the proper answer to the first two questions, is this limit on political expression beyond constitutional limits?

There are no easy answers for the court. That is partly because the code, as drafted, is sweeping in its application.

The objectives that underpin limits are less compelling when a junior public servant tweets anonymously than when the director of an agency publicly criticises policy. The government, in its court submissions, tries to imagine such granularity: the code, it alleges, produces “a set of obligations the content of which is context dependent”, with relevant characteristics including “seniority”, “the person to whom the communication is made”, and “when and where the communication is made”.

While this may sound positive, these factors are entirely absent from the plain wording of the Public Service Act.

If the court rejects the government’s arguments and invalidates the relevant section of the code, it would be a win for public servants’ political rights. While the Parliament would no doubt swiftly pass replacement legislation, an adverse decision will require legislative introspection about the proper balance to be struck between the various policy considerations. A loss in the High Court might also check the government’s overreach, forcing decision-makers to think twice before pressing ahead with disciplinary action against tweeting public servants.

Victory for the Commonwealth, on the other hand, could have a significant chilling effect on public servants engaging in political debate.

Even if only a few cases are actually investigated, the prospect of code of conduct proceedings – a spectre enlarged by the High Court’s endorsement – would cause many government employees to hesitate.

Whatever the technical legal merits of the respective positions in Comcare v Banerji, this potential consequence does not bode well for the health of Australian democracy. As the Canadian Supreme Court has observed, public servants cannot be “silent member of society”.

This month, the High Court can lift the gag – or press it firmer.

* Kieran Pender is a writer and legal researcher based in London. He is a former research associate with BAL Lawyers in Canberra. kieran.pender@anu.edu.au  This item appeared first in the Public Sector Informant, in the Canberra Times, on 5 February 2019.

“Banerji’s tweets were anonymous, political in nature and did not disclose anything that was not already publically known. The fact that her employment with the Commonwealth was terminated because she failed to uphold the ‘good reputation … of the APS’ leads unavoidably to the conclusion that she would not have lost her job if she supported the Government’s refugee policies. This is chilling.”

– John Wilson, Managing Legal Director at BAL Lawyers and an accredited specialist in industrial relations and employment law, writing for The Mandarin. john.wilson@ballwayer.com.au