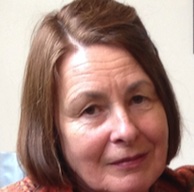 Sue Neill-Fraser will get a new appeal before three Supreme Court judges in the near future.

That’s the decision on 190321 by judge Michael Brett of the Tasmanian Supreme Court.

Sue appealed under new ‘Right To Appeal’ legislation which Civil Liberties Australia initiated in Tasmania, and championed with the help of others.

The legislation was passed in November 2015 under the watch of the outstanding then-Attorney General Vanessa Goodwin, now dead.

Judge Brett has agreed there is “fresh” and “compelling” evidence which the panel of three appeal judges may accept in a trial later in 2019.

Bob Chappell – Sue’s husband of 18 years – disappeared from the yacht Four Winds, which was moored in upmarket Sandy Bay on the night of Australia Day 2009.

Sue was convicted of killing him. She has always said she did not: CLA believes her, and has supported her since 2013. She is a member of CLA.

Sue has been in jail 9 years and five months, wrongly.

Soon police, prosecutors, politicians and the Tasmanian establishment will have to explain their reluctance to pursue justice in the case. Eventually, there must be a public inquiry into all circumstances surrounding her arrest, conviction and continued jailing when it became obvious she was not guilty.

That happened in about 2014, thanks to the work of former senior Australian police officer Barbara Etter, who is also a qualified lawyer among a host of other accomplishments, and Eve Ash, the dogged, never-say-die psychologist/film producer and director. Together, they assembled the evidence that pointed to Sue’s innocence, and to the allegedly guilty parties.

They told the police.

Those people were named in court as “Sam” and “Paul”. Their surnames are known to police, and have been for nine years in one case, and at least five in the other.

Much of the pertinent evidence on which judge Brett granted the new appeal hinges on a large A4 size sample of DNA, found on the yacht, belonging to Meaghan Vass.

At trials, she denied even being aboard the yacht.

But, after a six-part Undercurrent doco series produced by Ash and shown by Ch 7 in February and March, she eventually submitted to a recorded interview by Ch 9’s 60 Minutes in which she admitted, on camera, being aboard the yacht.

She has said in affidavits that she saw the fight that ended up with Chappell’s death, and named “Sam” and “Paul” in court.

On other occasions, she has denied those same affidavits. Now her TV-recorded evidence at least, which is undeniable, can be put before appeal judges.  In it, she says Sue was not on board the yacht on the fateful night.

On the basis of that evidence Sue should be freed.

She should be released and out of jail today, if the state of Tasmania’s justice system worked properly.