Even in special prisons for women, prison authorities always think of them second…or last. Because of that pervasive attitude, women do it very tough. In fighting for individual rights that male prisoners don’t need to fight for, the women run the risk of being ostracised as “difficult”

Women do it even tougher in jail

Evidence internationally and in Australia strongly supports the view that women are discriminated against compared with male peers in many areas of life, but none more so than when in jail.

Having been carers, nurturers and home‐makers, they suffer from loss in more ways. Many come from abusive situations where they have been forced to comply with men’s needs, made to obey men’s commands and do what men ask them to do. Then the women prisoners are re‐victimised by the institution that holds them.

Women are often regarded as a second thought, excluded when it comes to making correctional decisions. Women prisoners have told me that they are often considered whingers, manipulators, trouble makers who work behind the scenes rather than being ‘up front’ and demanding like the guys. Male prisoners are never thought about in these terms, unless they’re gay. In other words women are thought about as ‘not real’ prisoners.

As well, they are often ill‐informed because they are a minority. Women are generally also less organised in terms of prison action groups or councils simply because of their smaller numbers; possibly because many tend to serve shorter sentences, they are a more transient population.

At Bandyup Women’s Prison** in WA, no effort has been made by the administration to establish a Prisoner Council (as exists at men’s prisons) and women are often told by officers that any attempt to organise (including openly seeking signatures on a petition) will be viewed as an attempt to start a riot, and the organiser(s) charged accordingly. Consequently, with no united voice, women are taken less seriously than the men and are often infantilised.

This can manifest in way that may appear trivial but which serve to reinforce to women their status as ‘second class prisoners’ within the system. For instance at Bathurst Gaol in NSW (originally and predominantly a men’s prison), in the late 1980s women were constantly served pies and chips for lunch on weekends – a menu entirely unsuitable for pregnant women and in fact, women generally, because they experience different health issues to men. The women eventually wrote to the minister to complain. He wrote back informing them the pies and chips would stay because the men liked them and if they couldn’t have them, they would riot. Therefore, the women had to have them too because they adjoined the men’s prison.

The penal system is fundamentally flawed when it comes to providing for women’s needs: everything designed for women has generally been designed primarily with men’s prisons in mind, then prepared and tested against men, then ‘rolled out’ for use with women, not taking into account the differences inherent in managing the needs of women prisoners. Programs, for instance, used to be gender specific, now they rarely are.

The concept of designing a women’s prison from the grass roots came in WA at the beginning of Boronia Pre‐Release Centre. However even this centre is now moving groups of women who have committed no offence back to Bandyup because a course they are required to complete is not available there. Return to Bandyup thus went, overnight, from being the final and most serious sanction for unacceptable behaviour at Boronia to a measure inflicted at random upon women simply for the convenience of the Department of Corrective Services WA.

Such measures – which would almost certainly not be imposed on male prisoners in a minimum security environment without genuinely exceptional circumstances (for instance a suicidal prisoner may be transferred from minimum security to Casuarina because the latter has an observation unit) – is casually imposed upon female prisoners because they are viewed as more controllable and ‘easier to handle’ than men.

This is not an isolated example. Many women cannot get on to a section 95 (day release to work) due to the prison in which they reside. In the Roebourne Prison, for example, women cannot attend the work program that takes men out of the prison and into the community.

Women prisoners generally, and in WA, are seen as being more cooperative and compliant, seeking to improve their lives and manage their behaviour in different ways and being eager to do so in larger proportions.

In particular, the way the Smoking Reduction Policy applies to women prisoners is markedly different.

The way the WA Department of Corrective Services operates its prisons means that it is one rule for men and quite another for women, who usually find themselves trying to accommodate the injustices they face by quiet negotiation and communication rather than strong and organised jail protests and riots.

But because women are ‘easier to handle’ is no excuse to inflict further punishment and discrimination on them.

Rather than rewarding women for compliance, which is an important aspect of any rehabilitative function, equally as much as punishment for non‐compliance is – the State Government is punishing them more harshly with the introduction of its Smoking Reduction Policy and particularly the more harsh implementation of this policy at Bandyup Womens Prison.

Discrimination leads people to feel as though they have been treated unfairly and unjustly. Tyler’s research in 2006 demonstrated that people are more likely to obey the rules and law when they feel that the process and outcomes are fair. Women are far less likely to consider authority as fair in the current climate, and thus may well act in reaction to this perceived unfairness on release.

The importance of the Department’s actions in this matter therefore go well beyond the bounds of what happens within the walls of its prisons; its actions in the women smoking matter could well be contributing to a reduced chance of rehabilitation for women affected by this policy and thus for the safety and security of society.

I believe, based on my own observation of correctional policy and operations over the past 16 years and on international and national research, that the Department has failed to implement the Smoking Reduction Policy to the full extent in the men’s prisons because it is aware that the men will not like it and are likely to riot against the regime if it were to be operated in the way it is at Bandyup.

I further believe that this situation has arisen because of deeply ingrained attitudes toward women prisoners held by the Department which means that the inmates of Bandyup Womens Prison are not accorded the same level of respect, nor granted the same level of input into operational decisions, as are male prisoners at men’s (and mixed) prisons. My recommendation to the Tribunal is that it consider making orders rectifying not only the differential in the application of the policy, but in the management of prisons which brought this situation about.

** Brian Steels PhD is a Senior Researcher and Lecturer at the School of Law and Research Fellow at the Centre for Social and Community Research at Murdoch University. He is Coordinator of the Restorative Justice Research Unit, and a member of virtually all prisoner-related entities in WA. As a convict criminologist, he has prior personal experiences of the criminal justice system in Western Australia, giving him unique insight into the system. Dr Steels is author of “Declared Guilty” (ISBN: 9783639167290), an analysis of the impact of the criminal justice system upon the self. 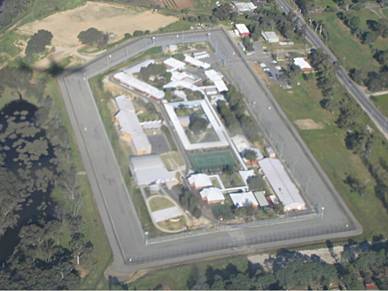 holding all security classifications. It is 22km north-east of Perth. According to the Department of Corrective Services website, its operational capacity at 13 January 2011 was 188. On 17 February 2011, it was housing 227 female prisoners. – Greg O’Beirne photo.