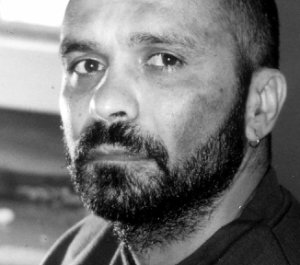 A South Australian MP in late-September 2020 has called in parliament for a royal commission into half a century of forensic disasters in SA that have put 400 criminal cases, and more, in doubt. He echoes calls by similar CLA in 2016 and 2019, and by others, including into a case where Australia’s longest-serving Aboriginal prisoner, Derek Bromley (photo), remains in jail 37 years after his conviction and 16 years after he could have had parole, because he refuses to admit guilt in a case where evidence from an unqualified and incompetent forensic “expert” sealed his fate.  On 12 October, Ch 9 will air yet another expose on the can of worms underlies “justice” in SA.

DNA testing has reached a level of popularity that ensures that many of us have parts of our genome available online, even if we’ve never spit into a test tube ourselves. And the decisions on who gets access to that data may be in the hands of family members we’ve never spoken to – or didn’t even know existed.

A foolish, lazy parliament refuses to safeguard rights to our own genes, putting Australian women at distinct disadvantage to American women in testing for breast cancer. 26 Nov 2014

A medical MP has described an article on vaccination by CLA Vice-President Tim Vines as ‘brilliant’ during a committee hearing analysing how to prevent scare campaigns. 19 Sept 2014

A new intellectual property law due to pass federal parliament will help to protect people’s rights over their genes, rather than allowing a total monopoly to pharmaceutical companies, MHR for Fremantle, Melissa Parke, says. The new law is progress, CLA…

A court case starting in the US Supreme Court this week could help decide whether Australian women have open and relatively inexpensive access to tests to inform them about breast cancer, or whether one company will retain a monopoly over such vital hum…

Palms sweaty you wait in an airless office studying a brown outback-rural printed artwork, with the odd sheep, that’s memorably forgettable. Here, nervously about to pitch for the job of your dreams, you run through pre-prepared answers. ‘What qualitie…

A CIVIL liberties group says Labor’s proposed national anti-discrimination laws have removed the only protection for people against genetic discrimination in the workplace.

The government’s Bill to prevent discrimination is introducing new discrimination into how people with genetics defects are treated. Either inadvertently or deliberately, the government has omitted a key clause which was in the old Act. If it remains ou…