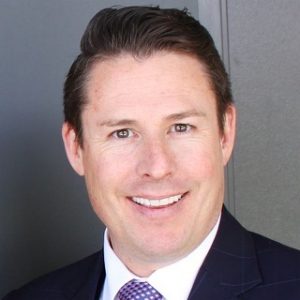 At the end of the American presidential election, I felt an overwhelming sense of relief. Relief, that I can stop hearing about it. It’s bad enough hearing the rhetoric of our own politicians, but having to go outside our borders to hear more seemed too much.

I was surprised, however, to understand the negative effect the result had on many of the lawyers at my firm, in particular the female lawyers.

After expressing my surprise at the result to one of my female Senior Associates, I was met with the answer, “Why would you worry about the result? You are a white, middle class male.”

There it was…’male’. I immediately thought to myself, “What difference does my gender make to how I feel about the result?” It’s 2017, and there are good numbers of females in our profession.

However, it appears our profession may not have its house in order about this issue like I first thought. The statistics show that in Australia, female lawyers, on average, earn approximately 64% of what male lawyers do. A pay gap of over 35% is not an enviable one.

Every one of my female lawyers had a sexist horror story:

The most recent story was where a potential client called and demanded to speak to “a man” because he wanted to appeal a decision made by a female Magistrate – partly because he had a problem with women having “that sort of power”. This is not an exaggeration. I refused to take his call or act for him (there are at least some people I am not prepared to act for!).

These are more extreme examples, but my female lawyers have disclosed to me that it is the regular, subtle differences in the way they are dealt with and treated by seemingly intelligent, well-educated people, that highlights a deeply embedded sexism in our profession.

Law firms are generally conservative and inflexible. Being a slave to the billable hour like many law firms are, there is a perception that if lawyers are not in front of their computers or in court, profit will suffer. If this is the mindset, then how on earth are females in the legal profession supposed to compete?

At least 4 of my female lawyers who have children are set up at home, have flexible working hours, early days and days not in the office so that they can manage work around their families. These lawyers are some of the most productive people I have the pleasure of working with.

Of the 13 lawyers we have at our firms, 8 are female, 2 of 4 are directors/partners and 3 of 4 are Senior Associates. We also have 4 of 4 female paralegals and both Practice Managers are female.

We did not structure our workplace like this deliberately, rather those people were the best performers for the role AND we allowed them some flexibility to manage their careers and families. Perhaps, in part, this is why they took the job, and are still with us – some for many years now.

My parents recently visited my offices. A rare visit from them in business hours. As parents seem to do, they formed the view it was most appropriate to ‘inspect’ my workplace, walking each of the 3 floors our offices occupy and meeting our lawyers and staff. They did not say much at all, until my Mum opened a freezer in one of our kitchens. There, she discovered it was full of frozen breast milk. She beamed and said “Good boy, I’m so proud of you”.

I’m sorry if this sounds like I’m preaching, I don’t mean to. In truth, I am not as blameless and progressive in relation to the issue of sexism as I would like.

Sexism is fraught and hard to talk about, so often we don’t. So, if there’s one positive about Donald Trump’s election, it is bringing this issue to the front of my mind.

(Note: Ben Aulich is a member of Civil Liberties Australia).

This article appeared first in the ACT Bar Association journal.