Australia’s vast and increasingly contentious counterterrorism framework continues to expand in scope, and it dangerously undermines the rights and freedoms of all Australians, Tony Murney writes.

Since 9/11, Australia’s counterterrorism framework has expanded dramatically, through a seemingly endless program of legislative reforms that have reduced the rights and freedom of all Australians.

Amongst the most serious of these intrusions are marginalisation of the judiciary in key processes, the imposition of control and detention orders without proven offences, restrictions on free speech, freedom of movement and freedom of the press, and provisions to unilaterally repeal citizenship. These are just a few of the dozens of intrusive measures imposed by fearful and panicky governments without reference to the empirical facts.

Add to this anti-privacy measures which give tens of thousands of government officials warrantless access to the metadata of all Australians, and more recently demands for access to encrypted private communications, and the results are truly disturbing. The first of these measures has already been widely abused and the second is strongly opposed on security grounds by industry experts.

The collective effect of these changes has not gone unnoticed by many commentators, with reports that Australia has become obsessed with anti-terror laws and that Parliament has lost touch with reality, giving rise to worries the Government is damaging Australia’s world class democracy.

The public record reveals a division between Australia’s security agencies and civil society, with the former seeking increased authorities and the latter, more often than not, resisting such claims. This worrying picture has seen technocratic experts, including the Government’s own Intelligence and Security Legislation Monitor, resisting many proposed initiatives and recommending the repeal of others as either ineffective or disproportionate to the threat.

Political opposition has been appallingly muted throughout this debate, with successive oppositions paralysed by the fear of being portrayed as weak on terror.

Successive governments have justified reducing the rights and freedoms of Australian citizens by claiming there has been no alternative in the face of extremist terrorist threats and that a ‘new balance’ was needed between rights, freedoms, and national security.

Since 9/11, terrorism in Australia has not been distinguishable from background crime either in severity or frequency of incidents. Indeed, terrorism has been dwarfed by it, with only 11 deaths in 18 years, five of which were the alleged terrorists themselves. This compares with 357 homicides in 2018 alone.

This number may seem large, but arrest totals for comparable offence categories including homicide and related offences, acts intended to cause injury, and weapons and explosives offences, collectively exceeded 100,000 in just 10 years.

Critically, no mass casualty terrorism incidents occurred in Australia since 9/11. There has, however, been a multitude of non-terror mass casualty events, such as the Quakers Hill Nursing Home, and the Bourke St Mall and Osmington incidents, with victim deaths in each exceeding the entire 18-year total of alleged terrorist incidents.

The ‘new balance’ argument also fails to appreciate that Australian legislators and police have been strengthening crime management strategies over decades, with nation-wide action for the prevention of mass casualty events following incidents such as the Hilton Hotel Bombing and the Port Arthur Massacre proving widely popular and seemingly successful.

These strategies included world-leading firearms regulation, strict control of explosives and dangerous goods, establishment of specialised police capabilities, the development of a National Counter Terrorism Plan and integrated policies to build multicultural cohesiveness. Australia also has unparalleled border control advantages as the only unitary nation-continent on earth and was already well ahead of the game by 9/11.

Number of laws is 14 times the number of victims

Successive governments have been reluctant to indicate the possible magnitude of terrorism in Australia. This is a critical policy omission, because it links directly to the number of terrorists, their capability, and the number of personnel and other resources required to manage the problem. Simple calculations based on previous offence and arrest numbers put this total at less than 0.004 per cent of the population.

In stark contrast, the commonwealth alone passed 82 new anti-terrorist laws by 2019, with six more in the pipeline. The number of laws passed is an outrageous 14 times the actual number of victims killed in terrorism incidents.

Policy statements also mostly ignore the question of what capability 75,974 police personnel, 1986 ASIO officers and 47,000 full time and reserve army personnel represent in managing terrorism. There is an astounding imbalance between the number of security personnel available to deal with such a small number of possible offenders without taking the risk of concentrating highly intrusive powers in the hands of a few political figures.

This has led to serious distortions in the delivery of policing and national security services by committing disproportionate resources to dealing with a small problem, at the cost of dealing with the criminal activities that harm Australians with far greater frequency.

The end result is an unreasonable reduction in the rights and freedoms of all Australians in response to the possible commission of offences by a tiny minority. This can only be resolved by reconciling counter terrorism policy with empirical reality, protecting the privacy and rights of Australians in the process. 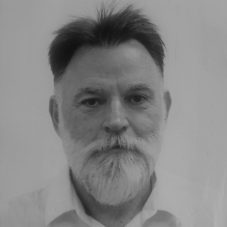