MPs – and the PM – should be wary of banning Australians from their own Parliament House because of their choice of clothing, CLA has joined others in warning. 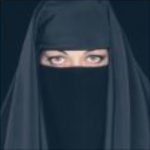 Their story quoted CLA Vice-President and national media spokesperson, Tim Vines, as would be expected. It also quoted Muslim “elder” Ikebal Patel, who is also a CLA member.

By Megan Gorrey and Primrose Riordan

Members of Canberra’s Islamic community have panned talk of a burqa ban at Parliament House as discriminatory and said the garment shouldn’t be drawn into a debate about national security.

But they say a push by Coalition backbenchers to have the face-covering garment banned from the building would only affect the small number of women who chose to wear it in the capital.

The suggestion of a ban has drawn the ire of civil liberties groups, who say the government would need to prove the garments posed a real risk to security before those who wore them were shut out.

Canberra Islamic Centre president Azra Khan said women made a personal choice to wear the burqa and public debate over a ban on the garment had been brought in “where it really didn’t fit”.

“My view is that Parliament House is obviously a very important place to all Australians and to exclude entry on the basis of dress is very discriminatory, so I think we’re getting into dangerous territory here,” she said.

She had only ever observed a handful of women wearing the garment in the ACT.

That observation was echoed by Diana Abdel-Rahman, from Australian Muslim Voice Radio, who had never seen a burqa in the capital.

“There is a huge difference between the niqab and the burqa, and I have never seen one in Canberra.”

The Australian National University’s Raihan Ismail, who is an associate lecturer at the Centre for Arab and Islamic Studies, said she had only seen a woman wearing the niqab once or twice since she moved to Canberra seven years ago.

“Isn’t it funny they’re making such a fuss of it when there aren’t many women in Canberra who wear the niqab?” she said.

Former chairman of the ACT Muslim Advisory Council (and former president of the Australian Federation of Islamic Councils) Ikebal Patel said the current debate, in the midst of a heightened terrorist alert, was unhelpful.

“You don’t need to be a rocket scientist to realise the timing of this to realise it’s perpetuating the idea of terrorism,” he said.

He suggested any woman who wore a burqa in the building and needed to be identified could be taken into a booth and identified by a female security officer.

Civil Liberties Australia vice president Tim Vines said any move to ban the burqa would need to be backed by evidence the garment, or those who wore them, posed a security threat.