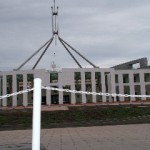 While MPs fly, sail and ski off to their holidays, they leave behind masses of work for voluntary bodies over the break. Oh, and they are getting paid, we aren’t.

While the MPs holiday, we must work

What do Parliamentarians do in late December and January – they go on holidays!

What do voluntary organisations, and people who care about Australia’s laws and democracy do in late December and January – they are heads down, bums up, in front of a computer and books.

The reason? The holidaying MPs have left a cartload of work for others to do…while the MPs play.

The only chance groups like Civil Liberties Australia have to lodge submissions is to work over the holidays: the MPs have ensured they get their personal holidays at the expense of other people’s holidays.

Here are the requests for submissions received in December by CLA, with their deadlines :

We thought that MPs were the ones serving the people, not the other way around. It might be timely to remind MPs that they get paid about $300,000 a year or more, in cash and perks…and we get not a cent to help them do their work for them (analyzing Bills and legislation), during their holidays.

Of course, there’s a host of other items on which we might like to comment if we had the resources and the time, such as A Claim of Public Interest Immunity Raised over Documents or the Commonwealth Electoral Amendment (Above the Line Voting) Bill 2013.

NOTE:  CLA has put its subs up on 1 Jan 2014 for the first time since forming in 2003, a decade ago. Our members even pay for the privilege of doing MPs’ work for them.