If anyone wants to know why WikiLeaks is important, refer them to the case of Attorney-General Nicola Roxon’s refusal to release diplomatic cables about East Timor which are now more than 35 years old. Inordinate secrecy usually means a cover-up. What is she hiding? asks Sister Susan Connelly.

What is AG Roxon hiding over East Timor?

I find it extraordinary that cables written by the Australian Embassy in Jakarta to the Department of Foreign Affairs in Canberra in the late 1970s remain classified.

Federal Attorney-General Nicola Roxon has blocked the release of cables about East Timor, despite the fact they are up to 37 years old.

Ms Roxon decided to keep the documents secret on the grounds that opening them up would prejudice Australia’s security.

Associate Professor Clinton Fernandes of the University of New South Wales believes the documents are being kept secret because they would reveal Australian complicity in concealing the mass starvation of 100,000 East Timorese.

Professor Fernandes, a former Army intelligence officer who had one of the highest security clearances, requested the documents from the Federal Government.

After 37 years has elapsed, and there have been numerous changes of government in both Indonesia and Australia, one would think that original source materials like cables would be able to be made public.  I cannot understand how the 30-year rule does not apply here.  No ‘national security’ would be threatened by their release.

This inordinate secrecy surrounding these communications suggests that they concern knowledge which successive Australian Governments always denied having, that is, knowledge of the criminal operations of the Indonesian military in the large enforced population movements in East Timor which resulted in the deaths of tens of thousands of people.

The Commission for Reception, Truth and Reconciliation in East Timor in its CAVR Report (2005) states:

509. The Commission finds that:

50.               The Indonesian Government refused permission for any international humanitarian aid agencies to operate inside Timor-Leste from the day of its invasion on 7 December 1975 until late 1979. There can be no doubt that the Indonesian military authorities in Timor-Leste were aware of the rising death toll due to famine in the camps under its control.

51.               From at least late 1976, the Indonesian Government allowed food aid to reach the people and camps under its control through the Indonesian Red Cross and the Catholic Church. All reports to the Commission show this aid was far too little or too late to prevent famine in the camps between 1977 and 1979. The efforts of the Catholic Church to provide more aid and to handle or monitor its distribution were systematically frustrated.

52.               Reports of death from protein shock after receiving food aid and the near universal observation of former inmates that the rice and corn they received were mouldy demonstrate the unfitness of the Indonesian authorities to handle famine relief.

54.               The Indonesian Government’s refusal to admit international aid programmes, even when the need for them was widely known internationally, was almost certainly because the Indonesian military did not want any witnesses or impediments to its military campaign to bring the population under its control and weaken the Resistance. The Commission believes that the timing of the decisions to permit CRS and the ICRC to carry out surveys in Timor-Leste, in April and July 1979, and then to allow the agencies’ operations to begin only in September 1979 is highly suggestive. What had changed by that time was not that the scale of the famine had reached massive proportions– that had already been known many months earlier – but that the Indonesian military believed that the campaign to destroy the Resistance was essentially over.

55.               Once admitted, International aid organisations were still restricted in their operations. They were permitted few non-Indonesian personnel on the ground in Timor-Leste. They faced frequent impediments to their work in what was already a difficult operational setting. They were not permitted to deliver aid to areas outside Indonesian military control.

56.               The international aid operation that began in late 1979 reached most of the population in the camps and others in need. It greatly relieved the famine conditions prevailing across Timor-Leste.

The CAVR Commission found that up to 183,000 people died violently in East Timor between 1975 and 1999 and that the Indonesian military was responsible for 90% of those deaths. The cables being kept secret from the Australian public refer to the late 1970s when this politically-induced starvation program was at its peak.

Release of source materials such as cables between the Australian and Indonesian Governments at that time would show the extent of Australian knowledge of the circumstances.

History is one thing and the whole truth of what happened in East Timor is yet to be told, as this cable saga clearly indicates.  Of great moment in the present, however, is the situation in West Papua, where the indigenous peoples suffer from the abuse of the same military machine that wreaked so much suffering in East Timor.

Australian Government silence on East Timor amounted to tacit support. The same must be said of the current official silence and inaction over what is happening in the Papuan provinces. 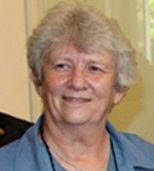