Open and shut: ASIS’ crime, and the Labor-Liberal cover-up

The lawyer at the centre of the East Timor cabinet-bugging scandal has finally broken his silence to defend himself and his client against attacks by Attorney-General George Brandis and Abbott government lawyers. 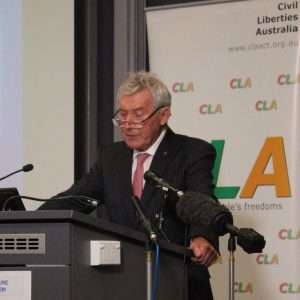 Lawyer Bernard Collaery says Australia’s foreign intelligence service, ASIS, blatantly breached Australian law in bugging the East Timorese cabinet in 2004 and that the Abbott government, perpetuating a cover-up that began under Julia Gillard, is deliberately smearing his client, the former ASIS officer at the centre of the scandal (known as Witness K), and himself to suppress information about the crime.

Presenting a paper at ANU’s School of Law (photo), Collaery, a former ACT government Attorney-General who has handled intelligence and defence clients for over 30 years without incident, provided a step-by-step discussion of how ASIS broke the law when it decided to bug the East Timorese cabinet room to advantage Australia in negotiations between the countries and joint venture parties for what became the CMATS Treaty between the fledgling nation and Australia.

He also explained how Witness K legally came to be involved in the case, and how the government raided Collaery and Witness K, seized documents and smeared both of them. Facing legal defeat at the International Court of Justice, the government agreed to return the documents this year.

ASIS’ decision to bug the East Timorese cabinet (4 Corners provided some detail on the operation last year) was made in 2004 in its Canberra headquarters.

Regardless of the fact that the bugging took place in another country, ASIS’ decision was clearly a conspiracy to defraud under s.334 of the ACT Criminal Code, which applies if a person conspires with someone else with the intention of dishonestly obtaining a gain from, or causing a loss to, a third person.

And in any event, the relevant ACT law can extend beyond the borders of the territory, provided there is a “geographical nexus” between the ACT and the event.

The critical legal issue is whether ASIS is permitted to break Australian law like s.334.

Section 14 of the Intelligence Services Act 2001 provides the basis for ASIS, which like the Australian Signals Directorate operates under that act, to avoid criminal liability if certain conditions are fulfilled — namely, that the crime is “is done in the proper performance of a function of the agency”. 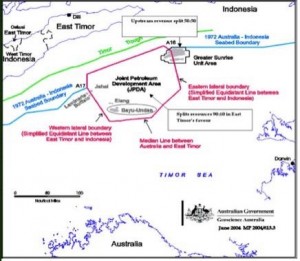 The word proper is crucial, argues Collaery, and doesn’t apply in this case — and he has none other than Alexander Downer, who was the minister responsible for ASIS at the time, on his side. When he introduced the Intelligence Services Act in 2001, Downer explained “occasionally, [ASIS and ASD] are inhibited in the conduct of their activities outside Australia by the unintended consequences of Australian laws”. And as the explanatory memorandum signed off by Downer for the then-Intelligence Services Bill notes, section 14:

“… provides immunity from civil and criminal liability for activities, carried out by the agencies for the purpose of collecting intelligence information about the capabilities, intentions or activities of people or organisations outside Australia, as intended and required by the Government, which might otherwise be prohibited by the unintended consequences of certain Australian laws … It does not provide a blanket immunity from Australian laws for all acts of the agencies.” 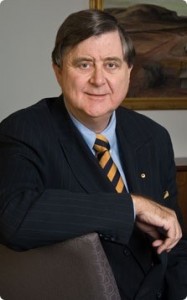 The ACT Criminal Code’s application isn’t “unintended” in the case of ASIS’ spying on East Timor — it directly applies to the behaviour of ASIS (then headed by David Irvine –- photo – who as head of ASIO ordered the raid on Collaery and Witness K in late 2013). The bugging operation thus wasn’t a “proper performance” of a function of ASIS, and therefore isn’t exempted from criminal liability.

Collaery goes on to spell out how the functions of ASIS — national security, Australia’s foreign relations or Australia’s national economic well‐being — don’t apply to the bugging of East Timor either, though the arguments for the latter two are more complex and less convincing.

But he very firmly establishes a long history not merely of Australia’s highest courts but of the Australian government itself accepting that the executive does not have an unfettered right to break the law or instruct its agencies to break the law (drawing, in particular, on the notorious Sheraton Hotel case, following ASIS’ illegal training exercise in 1983).

Then there’s Witness K and his treatment. Witness K is not, as some outlets (including Crikey) have described him, a whistleblower. Instead, he sought to bring an action against the government for being refused a senior position in ASIS on the basis, he was told, that the agency wanted “generational change”. Witness K interpreted this to mean ASIS wanted officers without any moral scruples.

Witness K went to great lengths to secure from the then-Inspector General of Intelligence and Security, Ian Carnell, approval under the highly restrictive framework governing intelligence officers to conduct, inter alia, “private legal action” in relation to his workplace complaint, with Collaery approved to act for him.

Witness K’s statements about the bugging of East Timor form part of this IGIS-approved complaint. Given Witness K at no stage has revealed his own identity or that of any other ASIS officers, and neither has Collaery, both have acted completely in accordance with the law.

But according to Australian Solicitor-General Justin Gleeson in a presentation to the International Court of Justice, both breached secrecy laws — an accusation made with the express permission of George Brandis that the government has never produced any evidence to back up.

Was the accusation intended to force Collaery off the case? Neither Collaery nor Witness K have been prosecuted since, despite threats to do so by Brandis.

Another player in the attempt to discredit Witness K has been Inspector General of Intelligence and Security Vivienne Thom, whose refusal to discuss Carnell’s interactions with Witness K have produced moments of almost Kafkaesque absurdity. 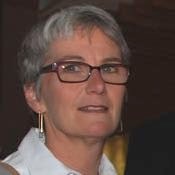 Thom (photo) insists that no one from ASIS has ever approached the IGIS, either in her time or in Carnell’s about East Timor. Thom was careful to use the phrases “with respect to East Timor” and “activities in East Timor” repeatedly in her public statement about Witness K, which appeared to discredit the entire claim by Collaery about the circumstances around Witness K, and confirm the government’s insistence that Witness K was merely a Snowden-like whistleblower.

As Collaery notes in his lecture, there would have been no point in Witness K raising the East Timor bugging with IGIS — Witness K might not have been able to lawfully describe details of the operation to Carnell or Thom, and in any event, IGIS lacks the independence to look at such matters.

Thom told independent Senator Nick Xenophon in 2014 she wasn’t going to conduct any inquiry into the bugging affair, despite having much-vaunted “royal commission-like powers” to obtain documents (in fact, if ASIS had been ordered to conduct the operation by Downer, a copy of the order is required by law to have been given to IGIS, and would have been sitting on its files since 2004). But Thom, who is shortly to leave the role, has showed no interest in investigating what appears to be a clear breach of the law.

While yet again demonstrating that Australia’s system of intelligence oversight is little more than a joke, Collaery’s analysis raises a crucial question.

ASIS breached the law a decade ago. East Timor raised the matter with Australia in 2012, but it was treated dismissively by then-foreign minister Bob Carr and then-attorney-general Mark Dreyfus. The Abbott government has gone further and lied in court and in Parliament about Collaery and Witness K breaking the law, in an effort to discredit them.

The fact remains that the executive arm of the government has deliberately broken the law, and those responsible have not been brought to account. Indeed, in David Irvine’s case, he was permitted to initiate a raid on his former ASIS employee, Witness K, over the matter.

We’re at a crucial point where a government desperate to exploit hysteria about terrorism is demanding unfettered power for the executive and its agencies. If that unfettered power is to include immunity from the consequences of breaking the law, then there is no rule of law in Australia.

This article appeared first in Crikey. It appears here with the permission of Bernard Keane and Crikey.
The Colliery lecture was a joint venture of Civil Liberties Australia, the ANU College of Law, the ACT Bar Association and the ACT Law Society.

Summing up Mr Collaery’s lecture on the night, Civil Liberties Australia’s CEO Bill Rowlings made a number of points, including that:

ASIO raiding a lawyer’s office in the circumstances of the Colliery raid was un-Australian, and was a further indication of the extent to which the traditional rule of law in Australia has been trashed by federal governments.

Whoever was responsible for the bugging of the Timor Leste cabinet members and the ASIO raid on Collaery’s office – whether it was the Executive government, such as the Prime Minister or the Foreign Minister or the Attorney-General, or whether it was a decision of the head of ASIS – it is the behaviour that has to be reined in: mavericks spooks and rogue operations have no place in Australia, or to being done in the name of Australia, no matter who is mis-calling the shots.

It was bully behaviour by the Australian government for 15 “burly” men to raid a lawyer’s office where just one slight, young, female lawyer recently admitted was the only person on duty. For more than six hours, she had to endure nameless spoke pawing through documents and files (and forcibly taking them away) and deploying sniffers and test meters to measure readings, even in the ceiling. It is un-Australian to treat an obviously scared young female in that way in such traumatic and dramatic circumstances.

He pointed out that it took courage by the young woman to endure the ordeal, as well as courage on behalf of Mr Colliery to be speaking in public about the misdeeds of the Australian security services.

Weekly, repressive new laws connected with refugees and terror fears and on a host of other subjects were being introduced into the Australian Parliament in a way that overturned traditional right and liberties. Australians would at some stage have to stand up publicly against bully behaviour – of the type illustrated by the lawyer’s office raid by ASIO – by the government and have the courage to demand a return to the rule of law and an end to un-Australian behaviour by the government.