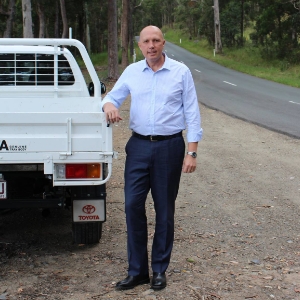 “The Minister is apparently aiming to wedge opponents before an election instead of making a serious attempt to help prevent sexual attacks on children,” CEO Bill Rowlings said.

“It is a crying shame that his behaviour is preventing a necessary public debate and plan for what we should be doing to better prevent child sex abuse attacks.

“His proposal will not combat child sexual abuse, or protect children from sexual harm.

“The Minister is treating such an important issue in a shoddy manner. His behaviour is a serious indictment on the current political ethos; it is a sham consultation process, quite possibly with an ulterior motive in the back of his mind,” Mr Rowlings said.

“These are clear indications that Minister Dutton’s sudden, silly season, public ‘consultation’ is a political beat-up,” Mr Rowlings said. “CLA does not align with any political party, but even we have to point out the reality that just the Minister’s announcement will disproportionately activate rednecks in society, as would the proposed register if ever it was brought in.

“The beneficiaries of vocal rednecks are usually those of the right-wing of politics contesting marginal seats: that describes Mr Dutton’s personal situation perfectly,” he said.

The vast majority of people active against child sex abuse – well-known groups like Bravehearts – have already pointed out the senselessness of the Dutton proposal, as have most reputable academics, such as Dr Maggie Hall.

“Mr Dutton’s proposal is deeply flawed, and dangerous. It would not combat child sexual abuse, as he claims: he provides no evidence for his contention that it would. By contrast, there is extensive academic research showing that a register would not achieve what he claims.

“A register will be manipulated by evil people; it would cause a thousand vigilantes to bloom each year.

“It will cause people who have been convicted and served their time to go ‘underground’ so their residential locations can’t be made public. The proposal is, of course, a new and double punishment not contemplated by the judge handing down their original sentence.

“The Dutton register would, without doubt, lead to real-word shaming, and discrimination and violence against innocent people with the same name as an offender, or who look similar, or who have a similar profile.

“That has happened elsewhere around the world many times, and would be certain to happen in Australia. The same type of errors have been made here in the past by immigration authorities, security forces, police and the general public.”

Mr Rowlings said CLA had made a formal submission to the Minister’s “consultation” process.

“The Minister gave organisation like ours 6.5 working days, in the middle of the January holiday period, to respond to his political thought bubble. The usual time for preparing a submission is a month or more.

“There has been no explanation of why the rush. The only reason we can think of for such unconscionable haste is the proximity of a federal election.”

PDF of  CLA’s Submission is available below: