In an article in Forensic Science International: Synergy, academics – including two from Australia – have highlighted what they say are serious and worrying fault lines in the Australian forensics ‘industry’. 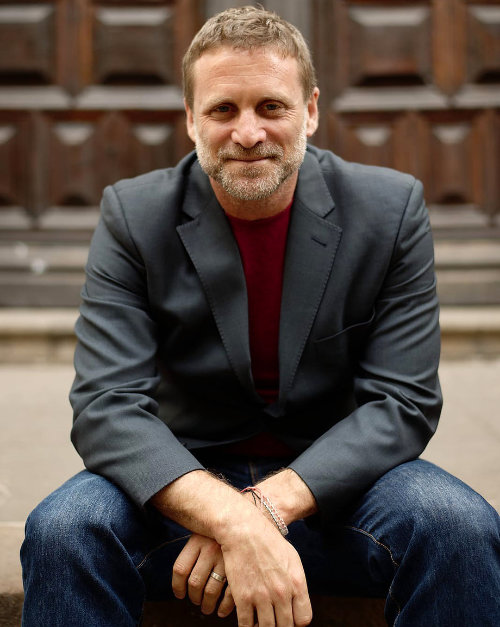 While the lead author, Dr Brook, is now an astrophysicist working at Laguna University in the Canaries (because there the telescopes are excellent), he is qualified in Law and Commerce from Melbourne Uni and describes himself as “interested in how the legal system could learn from science in terms of how to analyse evidence.

“I believe that scientific methods and knowledge should be used for analysis of all evidence in all criminal cases,” he says.

The raw problem Brook and his three co-authors have identified is the rapid growth of forensic “science” in police, prosecutor and court use…without equivalent build-up of the most robust, safeguarding, scientific systems around it to prevent possible miscarriages of justice.

As they point out, so-called police science – like fingerprints, bite marks, shoe casts and the like, which were used to convict people for for a century or more – have been extensively devalued as largely useless guesswork in recent decades.

They also point out a telling truism: once a forensic science report has been accepted in one legal case, the science becomes precedent for other legal cases: in fact, only the judicial decision and reasoning should become precedent, and any “science” should have to be proven again in any subsequent legal matter.

The current article describes events arising from the case of Joby Rowe, who was convicted of the homicide of his three-month-old daughter (under the heading of shaken baby syndrome, or abusive head trauma), with scientific argument about the case illustrating what the authors say are systemic problems in the forensic science community in Australia. Rowe was sentenced to nine years in jail (but may benefit from an appeal in another case, ‘Vinaccia’, which was in progress in November 2021).

The core of the authors’ concerns is that a peer-reviewed journal article that scrutinised the forensic evidence presented in the Rowe case was retracted by a forensic science journal for reasons unrelated to quality or accuracy, under pressure from forensic medical experts criticised in the article.

The authors claim that details of the retraction obtained through freedom of information mechanisms reveal improper pressure and subversion of publishing processes in order to avoid scrutiny.

Offering a solution for the future, the four academics propose paths forward including blind peer review, publication of expert reports, and a criminal cases review authority for Australia, that would help stimulate a culture that encourages scrutiny, and relies on evidence-based rather than eminence-based knowledge.

Their article is entitled ‘Retraction of a peer reviewed article suggests ongoing problems with Australian forensic science’, and it appears in Forensic Science International: Synergy

In 2019. Rowe was found to have violently shaken his infant daughter, resulting in her death. Shaken Baby Syndrome (SBS) was diagnosed (nowadays often called Abusive Head Trauma, AHT, without external signs of trauma), based on a “triad” of medical findings of subdural haemorrhage, retinal haemorrhage, and encephalopathy. There was:

The case was described by one of the experts involved as “the first successful conviction for a ‘triad only’ case in [the state of] Victoria”.

The authors say that they are not revisiting the validity and reliability of SBS/AHT diagnoses, but focusing on the deviations from internationally established scientific norms in the retraction of Brook 2019 (an article by one of the four authors, Dr Chris Brook, in 2019 on the same topic).

The authors describe the circumstances of the retraction, then outline what they say are systematic failings of which the retraction is symptomatic. They close by pointing out ways in which forensic science can improve through better systems, such as publication of expert reports, increased peer review, and a criminal cases review authority.

New principles and systems are needed to incentivise a culture of increased scientific quality through more openness and encouragement of review and criticism.

The authors claim that there is no justification for an Academy to support the retraction of a journal article outside of Committee On Publication Ethics (COPE) guidelines. It not only refused to provide reasons for its support, but also refused to conduct a review of the process, it is claimed.

The AJFS is also the official journal of the Australian and New Zealand Forensic Science Society whose president is on the editorial board. When the retraction was raised, the president stated that there was nothing he could do as Dr Brook was not a member of the society.

“That both these major Australian forensic science organisations refused to act against, or even to review, improper editorial behaviour at their own journal raises serious questions about the leadership of forensic science in Australia,” the authors claim in the article.

Despite proclaiming their independence and duty to the court, when Brook 2019 was published the experts contacted both the police and the Office of Public Prosecution but not the court. Forensic science institutes need to have working relationships with police and prosecutors, but these should be managed to ensure independence, the authors say.

According to the Deputy Director of the Forensic Science Division of the Victorian Institute of Forensic Medicine, when criminal investigations occur it “could be argued the pathologist finds themselves working for the police.” The Deputy Director says that “forensic medicine and pathology are probably the last of the forensic sciences to really address the problems of contextual bias including how it applies in regard to interactions with police investigators.”

The Deputy Director points to the existence of protocols for tracking interactions between police and forensic doctors, but says there are difficulties in managing these interactions given that “much of the interaction between pathologists and the police is discursive and includes possibility/hypothesis creation”.

The fact that the acceptance of forensic evidence by courts is cited in support of scientific validity highlights a lack of systematic and rigorous standards. Often the initial use of a novel type of evidence is somewhat cautious, but once a court admits the evidence, caution may be discarded in subsequent cases.

Past “successes” within the court system can remove the onus for further developmental work to explore the limitations of methods. For example, fingerprint evidence was widely accepted over more than a century without its limitations being appreciated. Forensic science goes astray when it allows standards to be set by the legal system, rather than a scientific system, the authors claim.

The American Academy of Forensic Science created an Academy Standards Board to ensure that scientific standards are followed across all forensic fields. A similar institution in Australia could contribute to setting standards.

A further critical step to create a mindset among Australian forensic scientists that their work is open to scrutiny is a criminal cases review authority, with wide powers to investigate possible miscarriages of justice. Such bodies exist in comparable legal systems, such as the UK, New Zealand, Canada, many US states and some European countries, but not in Australia.

A good scientific culture is a delicate thing: like democracy, it needs the right environment to flourish and this environment needs to be supported through appropriate organisational structures and processes, according to the authors.

Background to the article by the four authors:

…and a noted legal commentator says:

‘The response of Victorian forensic scientists to a critique of their methods in assessing so-called baby shaking cases shows that there is some disagreement among those in this field. Perhaps this ought to be the trigger for a much-needed independent inquiry and review of the use of forensic science and evidence in the criminal justice system. The decision of attorneys-general across Australia to abandon such a review, commissioned in 2019, should be reversed immediately.’ – barrister and commentator Greg Barns, May 2021 https://tinyurl.com/39pp58s6