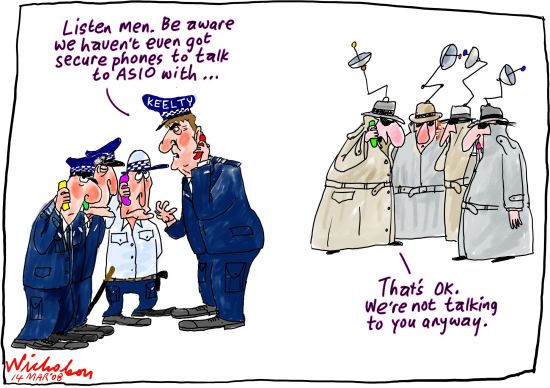 Bidding to heighten the fear of terrorism to boost his agency’s status, ASIO’s Director-General has used Weapons of Mass Destruction…just as his boss, the Attorney-General, is downplaying terrorism and signalling a radical change of emphasis towards natural and health disaster preparedness in Australia. ASIO is over-staffed and over-funded, says Bill Rowlings.