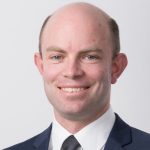 It’s a very big step for our State Government to be proposing new laws to enable groups to be banned from wearing identifying badges.

It’s a big step because up until now what we choose to wear has been exactly that – our choice.

For our parliament to now be considering given itself the power to regulate in this area of personal choice is quite a remarkable departure from our traditional legal system.

We need to look before we leap because when the proposal is scrutinised closely, two very different stories emerge.

One story is the explanation of the Minister told in media releases and speeches in Parliament.

In this story the new law is needed to stop criminal groups from causing people to walk the streets in fear. Their badges, it is said, are central to causing Tasmanians to be scared.

This story leads you to believe that it will only be groups with members who have been convicted of crimes who will have their badges taken from them.

After hearing this story it is understandable for people to shrug their shoulders when concerns about civil liberties are raised. They ask, if they are up to no good, what is wrong with trying to stop them?

The other story you might choose to believe is the one contained in written text of the proposed new law itself. This is available from Parliament’s website.

This story is quite different in two important ways.

Firstly, the legislation contains no requirement whatsoever for members of the group to have been convicted of a crime before they can have their badges taken away from them.

So the focus from the Minister on ‘criminal’ gangs needs to be questioned and scrutinised in parliament. If the proposal really is to be limited to groups who commit crime, what hasn’t the legislation been written that way?

Secondly, the legislation is about much more than stopping the spread of fear because it extends to protecting the ‘amenity of the community’. Amenity means pleasantness and to protect the pleasantness of a particular place may mean very different things to different people.

A planeload of Collingwood football supporters wearing badges and beanies flying into Hobart for a game at Blundstone Arena might not be pleasant at all to some passengers, but a real thrill for others.

If the legislation is meant to focus on preventing fear in the streets, why isn’t it written that way?

Ultimately the question of whether these laws are good or bad or in need of amendment will be decided by our Upper House or potentially by Lower House Speaker Sue Hickey.

As with all stories our MPs are told, they will need to separate the fact from the fiction.

Call me old fashioned but when it comes to interpreting the likely reach and impact of legislation I rely on the written law itself as opposed to a politician’s spruiking of it.

Let’s hope those in Parliament don’t just listen to the media commentary from the Government and that the MPs assess the merits and the detail of the written legislation itself.

A version of this article appeared first in The Mercury, Hobart, on 180628.