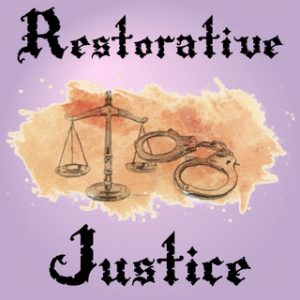 Barely a week goes by without a politician or other public figure calling for a tougher sentences and a crackdown on crime.

While the public debate continues to foreground punitive responses to crime, experts and practitioners in the criminal justice system have been quietly working on new approaches that serve the needs of justice but also may provide a greater prospect of successful rehabilitation.

Though unpopular with the tabloids and shock jocks who see these approaches as “soft”, there’s mounting evidence that the newer approaches, generally described under the umbrella term “non-adversarial justice”, actually work.

The judiciary certainly takes them seriously, featured as they are at the April 2017 Australasian Institute of Judicial Administration’s Sydney conference on non-adversarial justice. There, Australian judges, lawyers and academics confer with colleagues from NZ, the US, South Africa, Israel and Singapore to discuss practical applications of the philosophy.

Non-adversarial justice is a broad church. It includes mediation and alternative dispute resolution, which sit comfortably in both everyday family law and high-stakes commercial litigation. It also includes “therapeutic jurisprudence”, in which drug courts, mental health courts and family violence courts play a role in actively assisting offenders to address the problems that contributed to their offending in the first place.

Perhaps its most revolutionary aspect is ”restorative justice” conferencing. This system gives victims a voice in the aftermath of a crime – an aspect often missing from the traditional criminal justice process.

Restorative justice involves meetings between victims and offenders. At these meetings, known as “conferences” and chaired by a specially-trained social worker or facilitator, victim and perpetrator are brought together to discuss an offence, to analyse why it happened, to get the offender to understand the impact of his or her criminal behaviour and to discuss possible reparations, beyond an apology, that the offender might be able to make. Lawyers are present, as are police and, usually, family members.

Restorative justice conferencing is now in use in children’s courts across Australia and in some adult courts. Meanwhile the ACT has expanded its restorative justice program to include conferences between adult offenders and victims of a broad range of criminal offences. Its former Attorney-General, Simon Corbell, described the territory’s decade-old restorative justice program as highly successful in both satisfying the need of victims of crime for justice as well as helping young offenders to accept responsibility for their offending and find ways of repairing the harm they have caused.

There is no “typical” restorative justice conference. For the past 10 years the New Zealand-based, world first program, Project Restore, has run conferences in which victims of sexual assault meet with the their former attackers. In Melbourne, two researchers from the Michael Kirby Centre for Public Health and Human Rights are now running and assessing a pilot restorative justice conference program for the victims of sexual violence. In Victoria, arising out of the Victorian Family Violence Royal Commission in 2016, innovative restorative justice options have been developed for cases involving family violence.

In Adelaide, a 2012 restorative justice hearing was the forum in which a man who had disabled two of his neighbours in a frenzied assault later faced his victims. In 2005 the man stabbed them both in the head, neck and body while affected by paranoid schizophrenia. Seven years on, his victims arrived at the conference seeing their neighbour as “the face of evil,” their lawyer said.

‘Shadow that haunted the psyche’

“His was the shadow that had haunted their psyches for seven years,” she said. “Four hours later, both emerged . . . having forgiven him absolutely. They wish him nothing but success and good fortune in the future.”

Supreme Court Justice Margaret Nyland who was reviewing the man’s home detention commended all three men. “It’s not often that we have a reasonably good outcome in this jurisdiction, and it’s a comfort to see,” she said. “I would hope this might be the beginning of more involvement with restorative justice in these matters.”

To allay the fears of the “tough on crime” lobby, it is important to remember that a restorative justice conference for adult offenders does not replace the trial and sentence for the crime, but is an additional process that aims to heal and address the harms arising from the crime that the traditional criminal justice system is ill-equipped to deal with.

At a recent Victorian Children’s Court conference, run by a Jesuit Social Services social worker, the victim of a gang-related aggravated burglary expressly told the 18-year-old perpetrator that he “hated him”, but added “ I want you to change. I don’t want you to do this to others.”

But hearing more about the perpetrator’s life circumstances softened his view. “When I came here, I couldn’t look at you,” he said. “Now I don’t feel scared of you. It’s really nice to see you’ve changed. I feel safer.” The detective who had arrested him noted that he had addressed his drug use problem. “Keep it up, stay on top (of it) ,” he said.

The social benefits of restorative justice conferencing are significant.

While a 2012 NSW Bureau of Crime Statistics and Research study is one of several that indicated no major difference in reoffending rates, compared to court proceedings, a 2010 KPMG study found that young people who participated in youth justice group conferencing were much less likely to reoffend, with just 16% of participants reoffending within 6 months, compared with 40% of those who received a probationary order.

But recidivism rates are not the only criterion by which conferencing is assessed. Victims and offender participants in the ACT RISE project both found the process to be fairer than court proceedings.

A 2013 University of Cambridge Institute of Criminology analysis of 10 different restorative justice programs across the world, including Australia, concluded that the rate of victim satisfaction was consistently higher in the conference process than through normal court proceedings. Conferences are places where words such as “forgiveness’ and “understanding” are spoken by victims rather than defence lawyers.

These days it is commonplace to see crime victims and their families expressing their sense of betrayal by baying for the blood of perpetrators on the evening news. Restorative justice gives victims a voice and a much-needed opportunity to feel they have some agency in the legal system.

* Authors are from the Australasian Institute of Judicial Administration and Monash University. Details of the conference mentioned are at http://tinyurl.com/mcog3cm