As Australia looks to introducing its first national Human Rights Act, the forces of repression are winding back human rights worldwide.

And, in each cases, critics are concerned that divisions in society so profound that civil war may be the end result.

There’s a warning here for a nation like Australia that doesn’t have the first-line protection of a human rights act. Without a HRA, Australia is prone to the whims of politicians, ill-educated and forgetful judges, power-hungry executive governments and the major corporate entities driven by greed who mould public commentary through news outlets owned and controlled by a handful of people with ‘born to rule’ mentalities.

If a nation denies its people a Human Rights Act, or if it weakens such a law already in force, you can bet citizens are suffering in some manner, and are being taken for a manipulated ride.

Human Rights Acts protect the disadvantaged and downtrodden, who once again in 2022 comprise all females in America, as was the case 150 years ago.

Historians have pointed out that America’s top judges don’t know their own legal history. For their own ideological and religious purposes, they have abandoned constitutional history and legal precedent as if they were of no importance at all.

“(The) Supreme Court ruling in Dobbs v. Jackson Women’s Health Organization relies on history to rescind the constitutional right to a legal abortion established by Roe v. Wade in 1973. There’s just one problem: the history it relies on is not correct,” says Patricia Cline Cohen, former professor of history at the University of California, Santa Barbara, writing in the Washington Post.

More specifically, a fellow Californian says they don’t remember that the US Constitution was actually changed to protect black women from sexual bondage to white men.

“Ending the forced sexual and reproductive servitude of Black girls and women was a critical part of the passage of the 13th and 14th Amendments,” says Prof Michele Goodwin of the University of California, Irvine, writing in the New York Times.

“The overturning of Roe v. Wade reveals the Supreme Court’s neglectful reading of the amendments that abolished slavery and guaranteed all people equal protection under the law. It means the erasure of Black women from the Constitution,” Prof Goodwin says.

“This Supreme Court demonstrates a selective and opportunistic interpretation of the Constitution and legal history, which ignores the intent of the 13th and 14th Amendments, especially as related to Black women’s bodily autonomy, liberty and privacy which extended beyond freeing them from labor in cotton fields to shielding them from rape and forced reproduction.

“The horrors inflicted on Black women during slavery, especially sexual violations and forced pregnancies, have been all but wiped from cultural and legal memory. Ultimately, this failure disserves all women,” Prof Goodwin says.

“In a commentary reprinted in The New York Times on 18 January 1860, slavery was described as an enterprise that ‘treats”’a Black person ‘as a chattel, breeds from him with as little regard for marriage ties as if he were an animal, is a moral outlaw’.

Russia has been on a downward spiral for years. When it weakened human rights provision recently, it was a clear and prescient warning to the world.

In 2020, Russia gave its constitutional court the power to overrule judgments of the European Court of Human Rights. After invading Ukraine, the Russian legislature ended the ECHR’s jurisdiction in relation to Russia.. 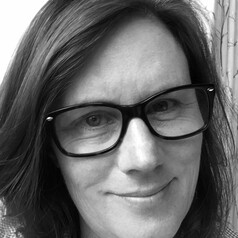 Writing in The Conversation, UK professor of Human Rights, Merris Amos (photo), warns that nations reduce rights when they are ready to do something really bad. She makes the point in academic terms:

“Authoritarian methods for achieving constitutional change are unbalanced, and used when there is a risk that formal and balanced methods will not deliver the government’s desired outcome.

“In short, were the (UK) government to facilitate a balanced and rigorous debate, there is a risk that the result could go either way – as the close 2016 (Brexit) referendum on EU membership illustrated.

“Human rights are about more than sovereignty, nationalism and nostalgia.

“When they are to be taken away, it is important that the resources and legitimacy of the state are employed to make sure everyone understands how the proposed changes will affect them. The people of the UK deserve much more than what they have been given.”

As the world roils around wars, global posturing and wind-backs of rights, it is salutary lesson time for why Australia needs its first national human rights act here, and now, while a Labor government is newly in power, pointing to three years of more pastel politics shaded by green and teal.

Amos: ’Why UK approach to replacing the Human Rights Act is just as worrying as the replacement itself.’ The Converstion, 23 June 2022. https://theconversation.com/why-uk-approach-to-replacing-the-human-rights-act-is-just-as-worrying-as-the-replacement-itself-185633 Amos is a Professor of Human Rights Law, Queen Mary University of London, researching, teaching and writing articles and books in the areas of UK human rights law and European human rights law.

Cohen: ‘The Dobbs decision looks to history to rescind Roe. But the history it relies on is not correct.’ https://www.washingtonpost.com/outlook/2022/06/24/dobbs-decision-looks-history-rescind-roe/ 24 June 2022. Patricia Cline Cohen is professor of history, emerita, at University of California, Santa Barbara.

Goodwin: ‘No, Justice Alito, Reproductive Justice Is in the Constitution.’ https://www.nytimes.com/2022/06/26/opinion/justice-alito-reproductive-justice-constitution-abortion.html 26June 2022. Ms. Goodwin is a chancellor’s professor of law at U. California, Irvine, and author of “Policing The Womb: Invisible Women and the Criminalization of Motherhood.”