Is there an inherent danger in the government exaggerating fear, and creating more and more terror laws? Here’s a 100-year comparison of comments that provides a useful historical insight.

Would it be an offence? ‘Yes’

People often ask us what’s wrong with the government creating more and more “terror” laws, and taking rights like freedom of assembly away from citizens and giving intrusive snooping powers to the police and security services instead. 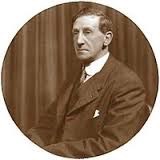 Now.
‘Many laws introduced with unseemly haste before Christmas in the name of national security go well beyond what might be deemed to be necessary, creating a chilling effect on freedom of speech and the press and breaching the right to privacy.’

Then.
‘The passage of emergency powers during wartime was not especially remarkable, but in practice it gave the executive extraordinary discretion and arbitrary power. When Hughes became Prime Minister in late 1915 he would exploit the War Precautions Act not just for purposes of waging the war but for political advantage. The Act was amended several times and its regulations constantly increased until there were more than a hundred regulations imposing restrictions on freedom of speech, freedom of assembly and freedom of the press. Once when the Solicitor General Robert Garran (photo) was asked, “Would it be an offence under the War Precautions Act ….?” he simply cut the questioner off with “Yes”.’