Bernard Collaery was a former Deputy Chief Minister of the Australian Capital Territory and ACT Attorney-General.

He left politics in 1992 and resumed practice as a lawyer, and appeared as a solicitor counsel in many high profile, complex and difficult cases.

Collaery who, for more than 30 years, had advised the East Timor Resistance movement and leading figures involved in the push for independence, represented Witness K in a legal case brought by the Timor-Leste Government against the Australian Government.

Witness K was accused of disclosing secret information related to an operation by Australia’s foreign intelligence agency, ASIS, to bug the office of Timor-Leste’s Prime Minister during oil and gas treaty negotiations in 2004.

In December 2013, ASIO and the AFP raided the homes of Witness K and Collaery. Almost 4½ years passed before, on 30 May 2018, both were charged under section 39 of the Intelligence Services Act 2001.

Because of the nature of the allegations, the charges brought against Collaery can only be pursued with the consent of the federal Attorney-General. Consent to prosecute was first sought from then Attorney-General George Brandis in September 2015. Having obtained advice from two Commonwealth DPPs and the Solicitor-General Mr Stephen Donaghue SC, by the time Mr Brandis was replaced by Christian Porter in December 2017, no consent was forthcoming. 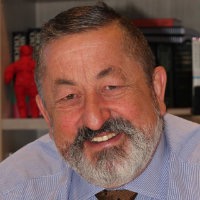 “In December 2020 the ACT Bar circulated an opinion piece regarding the Collaery matter. Media outlets were not interested to publish the Association’s grave concerns (the opinion piece can be read here). When Michaelia Cash was sworn in as the new federal Attorney-General (30 March 2021), the Bar Association called upon her to reconsider the prosecution matter,” he said.

It is difficult to identify any public, as opposed to political, interest in continuing this prosecution. It is now eight years since the AFP raided Collaery’s home, and 17 years since the alleged bugging operation. In the interim, the Commonwealth Government has now spent in excess of $3 million pursuing Collaery for his role in acting for Witness K.

The ACT Bar Association represents the interests of all practising barristers in the ACT and promotes the rule of law. ENDS 1 July 2021

Note: Pappas is a member of Civil Liberties Australia