Am I living in a police state?

One day in June 2019, the Australian Federal Police raided the home of News Corp journalist Annika Smethurst. The next day it was the turn of journalists in the Sydney offices of the ABC.

They were looking for information that they could use to prosecute whistle-blowers who provided the information to journalists. That is only part of the problem.

In March 2019 David McBride, the leaker, was charged for releasing that information. He could be jailed for revealing the crimes of our government and its troops. As a recent quote, attributed supposedly to Edward Snowden, has it:

‘When exposing a crime is treated as committing a crime, you are being ruled by criminals.’ – Anonymous

True. And what the recent events, plus others show, is that we are now in the age of the secret state. For example Smethurst’s report revealed that intelligence authorities were discussing greater powers, in effect to spy on Australians. Clearly the government does not want sensitive material that exposes its machinations, its crimes or its lies being released to the public.

The whistle-blowers in the Smethurst and ABC cases are not the only people the government are pursuing. Former ACT Attorney-General Bernard Collaery and ‘Witness K’ are facing trial and jail for revealing the truth that Australian spies bugged the negotiating rooms of the Timor-Leste negotiators in the talks to carve up the revenue for the sea between the two countries.

It is not just those revealing spy or military actions who are under attack. Former Tax Officer Richard Boyle faces many many years in jail for spilling his guts about the ATO and its heavy handed tactics against small business. Public servant Michaela Banerji, lost her job for posting, anonymously, comments critical of the government. She is now arguing before the High Court that she has the right to freedom of political communication.

And then there is Julian Assange. The attempts to extradite him to the US for exposing the crimes of US imperialism are a clear attack on the right to free speech in the US, and a warning to journalists around the world. The Australian government is complicit in this attempt to suppress information we should know about. Chelsea Manning, the person who provided him with the files, has served seven years in jail already (President Obama commuted her 35 year sentence) and is currently back in prison for refusing to talk to a grand jury investigation into Assange.

Our esteemed Prime Minister has defended the recent police raids on Smethurst and the ABC. No one is above the law, he says. That is clearly not true. Politicians often appear to be above the law, especially conservative ones in power.

In the US Trump is the classic example. In Australia, one needs only to ask how the AFP inquiry into the leak of material from Senator Cash’s office is coming along. Or whether any leak from Minister’s offices is ever investigated.

In a truly democratic society, all the behind-the- 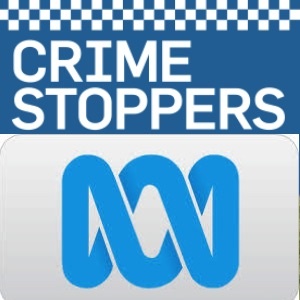 scenes politicking around Adani, the real economic benefits, the real costs, the approval processes and the real job figures (100 according to National Party Deputy leader and Minister Bridget McKenzie) would be public information so we could make informed decisions. It isn’t.

The latest AFP raids mean that anyone who revealed government held information about Adani would be investigated for potential ‘crimes’. Adani whistle-blowers and journalists would become criminals for revealing the truth. Meanwhile the environmental crimes against humanity that Adani is committing continue, supported by a powerful faction of the political class.

If, as Scott Morrison asserts, nobody is above the law, where are the investigations into, let alone charges against, potential war criminals like John Howard? Or against those who run the concentration camps on Manus Island and Nauru, people like Peter Dutton and Scott Morrison? Not to forget Mike Pezzullo, the head of Dutton’s department and the man who referred the Smethurst story to the AFP.

‘Some are more equal than others.’

The second reason for the government pursuing Smethurst and the ABC is to shut journalists up. The government wants to make sure journalists refuse to provide information that exposes the government and its crimes, misdemeanours and lies. This is information we have a right to. It is a clear signal from Morrison, Dutton and the like that they will use the Federal Police as part of their ‘evidence gathering’ to prevent future unwelcome releases both by the leakers AND the press.

It may have the opposite effect. It could embolden contacts (perhaps) and journalists (more likely) to release ream after ream of the dirt they have or that this government is hiding. It would for example be great to see the Murdoch Press taking a more critical role against the government and exposing its many secret sins to Australians. However, this approach limits the response to brave whistle-blowers and journalists. We need a systemic response to this ongoing erosion of basic bourgeois rights.

What we have in Australia is limited free speech. We live in a limited democracy in which every three years we get to choose between one of the competing parties of capitalist managers. The debate between the major, essentially similar, pro-capitalist parties dominates our profit driven press and its hangers on, like the ABC.

Of course, there are some differences between the ALP and the Coalition. But they (and the Greens, One Nation, etc, etc) are united in their support for capitalism, the exploitative relationship between capital and labour, and bosses expropriate that extra value workers create to make their profits. Where they differ is sometimes over the rate of exploitation, and how best to manage the system – cooperatively or confrontationally or mixtures in between – to continue that exploitation.

Ultimately a free press depends on the capacity of journalists themselves to defend their rights. In the end that means striking collectively to uphold press freedom. As Sally McManus says, it is necessary for unions to break bad laws.

I agree with McManus. Now is the time for workers at News Corp, Nine Media and ABC to go on strike for free speech. Other unions like the building unions could join them in a strike for freedom. Otherwise the erosion of our basic freedoms under capitalism will continue unabated.

Why Are the Australian Police Rummaging Through Journalists’ Files?

– By the Editorial Board of the NYT