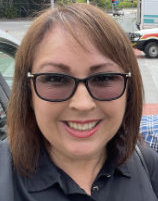 In any discussion concerning the potential for armed conflict, such as in Ukraine, human rights advocates often raise red flags on how well conflicting states will manage their engagement, according to international laws, treaties, and conventions.

We have learned of the international communities’ continued involvement in armed conflict that the loss of life to civilian populations and damage to critical infrastructure is immense. We may down the track be able to rebuild hospitals and schools, but we cannot raise the dead.

Preventing civilian casualties is required by international human rights and humanitarian law and contributes to the progressiveness of nations, with a particular aim to significantly reduce all forms of violence. Therefore, all efforts must focus on a negotiated settlement to prevent armed conflict.

A territorial dispute might seem like a winning strategy, but it could also have significant repercussions for the world. The first major problem is the implications for the local people in that region. In the 2014 Ukraine-Russian revolution, 44,000 conflict-related casualties resulted in Ukraine, including 13,200 deaths and tens of thousands of injuries. It would, therefore, seem logical to adopt good statesmanship.

Many Australians lack an appetite for yet another war, particularly after Australia’s disengagement in one of the longest wars of the century – Afghanistan. Public opinion also suggests that ‘many Russians too recoil from the idea of all-out war with Ukraine, with which Russia shares close cultural, historical and linguistic ties’.

Australia’s Foreign Minister, Marise Payne, recently ‘reaffirmed Australia’s steadfast support for Ukraine’s sovereignty and territorial integrity’. This is a position in keeping with international law based on the concept of ‘states whose borders, no matter how they were originally determined, are considered inviolable’. The assertion also puts Australia and its human rights obligations on a positive footing.

However, less clear is the Australian Government’s position on implementing a comprehensive package to deter Russia from further aggression against Ukraine, which includes political, economic and security components. On this point, further clarification is needed.

The Australian Government could find itself at a critical juncture: whether to impose further financial, technological and military sanctions on Russia or support a military response that could open the way for China to take advantage, making Russia dependent on China. Indeed, there is every expectation that China will act quickly to exploit a war between the West and Russia, thereby having the potential to change the political landscape and upset the balance of power that the West traditionally holds.

Therein lies a moral dilemma that has the potential to elevate Australia’s human rights reputation or harm it.

On the one hand, Australian farmers stand to benefit from an escalation of conflict between Russia and Ukraine. Last year, Ukraine exported 84 million tonnes of grain, making Ukraine one of the largest exporters of wheat globally.

Armed conflict could see a significant amount or all of that grain blocked out of the international markets. This would open an opportunity for Australia’s grain industry as it is well-positioned to deliver grain to parts of Asia in particular, predominantly Indonesia, Malaysia, and Bangladesh, where most of Ukraine’s grain stores go.

The nature of global farming is such that one country’s misfortune will most certainly benefit another. Whenever aggressors occupy other countries, the price to pay is always extremely high.

Australia can and should offer to assist its coalition partners wherever possible. But while standing in defence of human rights, Australia can best help its partners by promoting a consistent narrative on maintaining rule-based international order.

Dr Kay Danes, a human rights campaigner, has an impressive human rights advocacy record, having worked for the Centre for Public Policy Analysis in the United States where she was frequently called upon to contribute to discussions on international humanitarian issues before US Congressional forums.

Kay is a recipient of the Medal of the Order of Australia (OAM) for her service to the international and Australian community in human rights and social justice. She has a PhD (Law & Justice) and a Masters in Human Rights, and holds varying professional qualifications in Business Administration, Security and Law, accumulated over 25 years. She is a member of CLA. Address: PO Box 391 Capalaba QLD 4157 Email: Kay.danes@gmail.com Date: 220126