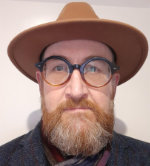 Half a century ago, in an address to the Civil Liberties Council of NZ in 1955 by Arthur Prior, the greatest New Zealand philosopher of the 20th century, he pondered future threats to civil liberties.

In aspeech entitled The Threat to Civil Liberties in New Zealand, Today and Tomorrow, Prior identified three “rather deep-seated national habits and weaknesses … in our national temperament”. He argued these threatened our liberties more than any organised or systematic action by an individual or group.

Firstly, Prior identified “what might be called our habit of lazy and careless legislation” – laws that enter the statue books not because of any conspiracy but because “of a lack of concern and watchfulness”. He warned:

Something will be brought in during an emergency or supposed emergency – and at such times it is always liberty that suffers first – and then it just stays there, like a ‘temporary’ building, but with less justification.

Prior worried about the lack of safeguards in the law, noting that while oppressive provisions were not often applied, they sat dormant, able to be applied if deemed necessary.

He called this “oppression on paper with liberty in fact” – that is, daily life continues unaffected until a government threatens to enact the dormant legislation. Prior observed that such threats had been successfully used against trade union officials, newspapers and booksellers.

Today, in an age of emergency public health legislation rushed in under urgency, it’s again important to ask how long such laws will remain in force under this or any future government.

Prior defined the second weakness as “unscrupulous party spirit” – what today we might call political tribalism – whereby “we cannot admit that sometimes our own bunch are wrong and the other bunch is right”.

We see this today in entrenched party political positions, where few or none are prepared to dissent publicly or vote against their own party.

While MMP[1] was meant to allow both greater consensus and diversity of views, in reality, we see an intensification of party discipline and enforced “party spirit”.

The other element of this tribalism is the new populism, or what’s been termed a “post-liberal” shift. This combines traditionally left- and right-wing ideas in new, emotive ways that pitch “the people” against a claimed corrupt political and media “elite”.

Prior identifies the third weakness as “a certain excessive readiness to take offence which we New Zealanders exhibit”.

“For some reason, it is only too easy for a person or organisation to go to the powers that be and say, ‘Look here, it hurts us to hear somebody saying so-and-so’, and the powers that be will reply, ‘Goodness me, I’m sorry to hear that – we’ll just stop them saying it then’.”

Prior thought New Zealanders were “too touchy” and authorities too willing “to silence voices which this or that group not only does not want to hear, but does not want others to hear”.

This sounds similar to the rise of 21st century “cancel culture”, whether that be the “pile on” tendencies of the Twittersphere or the vexed intricacies of the proposed hate speech legislation.

Because we don’t tend to speak out in support of the rights of others to say controversial things we don’t agree with, Prior says, it “is deplorably easy” to be united “in coddling our sectional prejudices and in listening to those who would have us all wrapped up in intellectual cotton wool”.

A question of spirit

Underlying all this was the idea of “spirit” – what we draw on to make sense of ourselves, our values and our world. It’s an echo of the author Charles Brasch’s statement in the inaugural issue of the literary journal Landfall in March 1947:

What counts are not a country’s material resources, but the use to which they are put. And that is determined by the spiritual resources of the people.

“Spirit” was a constant refrain in the postwar world, part of asking what could stand against a turn to nihilism and authoritarianism. Civil liberties, it was feared, were threatened by an intellectual weakness within the wider population.

Prior would say a global public health emergency should not blur the lines. A dangerous weakness of spirit or intellect may be evident among the anti-vaccination minority, conspiracy theorists and others on the fringe, but it is present in the rest of New Zealand too.

Threats to civil liberties are not only done to us, they exist in what we allow to be done to others. As ever, the threat lies as much in our own attitudes and ways of thinking as it does in the actions of governments.

* Mike Grimshaw is the associate professor of sociology at the University of Canterbury and a dissector of religious and cultural theories. https://tinyurl.com/5n7dfmjb

This item is adapted from one first appearing in The Conversation: https://tinyurl.com/yckwryr8