Most Australians would be amazed to learn that most women are not able to freely choose to have an abortion in NSW or Queensland.

In both states, moves are afoot to make choice for women legal.

Currently abortions are carried out legally in those states only if the doctor reasonably believes it is necessary to save the woman from serious danger to her life, mental or physical health. In practice, the laws are not applied by the police and authorities. 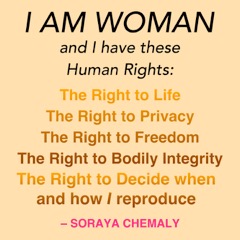 NSW Greens MLC Dr Mehreen Faruqi is introducing a bill to the State Parliament which would repeal sections of the Crimes Act relating to abortion offences, provide a safe access zone for women attending clinics. and require doctors to disclose if they hold conscientious objections to abortions.

Nearly 50 years ago, the recently deceased Justice Jim Staples pioneered abortion law reform in practice in NSW. He successfully advocated in the Heatherbrae Clinic case in Sydney in 1971 that the principal concern should simply be the health of the mother.

From then on, women could access abortion in NSW, but only on a wink and a nod…the formal legal position was never changed. Legally in NSW, abortion remains a criminal offence: doctors carrying out the procedure and women undergoing it remain vulnerable to a jail term of up to 10 years.

At a public meeting in Glebe Town Hall in Sydney last month, health lawyer Julie Hamblin spoke of the ambiguous legal status resulting in a difference between law and practice.

Dr Philippa Ramsay, lecturer in obstetrics at Sydney Medical School, said the possibility of illegality adds to the anxiety of patients seeking abortions. The process of approval can be protracted and there have been cases of approval arriving too late for a pregnant woman.

Abortions are mainly performed in private clinics, incurring a charge of $560 for less than nine weeks gestation – a cost many patients cannot afford. A quarter of all pregnancies are terminated, which means a large number of doctors and women are left vulnerable to criminal charges.

Contraceptives are not always reliable. Professor of Public Health at the University of NSW, Dr Juliet Richters, said, annually, 2-9% of women between the ages of 16 and 49 who are on contraceptives have an unplanned pregnancy.

Bethany Sheehan formed My Body, My Right, a NSW group protesting against anti-abortion crusaders who pester people accessing abortion clinics. She started the Facebook group after her experience of the harassment.

Civil Liberties Australia has been involved in all three jurisdictions – Tasmania, Victoria and the ACT – where recently enacted laws make it illegal to harass people attending abortion clinics. We were involved in the consultation to finalise the laws in Tasmania and Victoria, and in the ACT our intervention resulted in the laws being made more flexible to deal with developing types of harassment.

People wishing to know more about the NSW situation are encouraged to look at the website End12Campaign http://www.end12.org.au or that of Dr Faruqi at www.mehreenfaruqi.orga.au