Legal expert Prof Gary Edmond has delivered some hard home truths about problems with forensic evidence in Australia courts. The video of his talk is available online.

Forensics use in courts needs overhaul

Tasmanian people showed great interest in a public lecture in Hobart in May 2014 on What Lawyers Should Know About the Forensic Sciences. 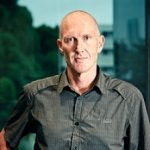 The talk, by Prof Gary Edmond (left) of UNSW, in the Centenary Theatre at UTAS in Hobart was very well attended. UTAS filmed the event and it is available here: http://new.livestream.com/accounts/7587656/events/2993805.

I commented on miscarriages of justice and the need for, amongst other things, a Criminal Cases Review Commission in Australia (see 1:09:34) .

There were some very critical and concerning issues raised by Prof Edmond in his talk which require urgent attention from the forensic science community in relation to the validation of many forensic science techniques, particularly in the identification/comparison areas (fingerprints, bitemarks, ballistics, shoeprints, toolmarks, etc). There is also a need to undertake research to determine reliability and error rates.

The use of language by forensic scientists in court is also an issue as is the lack of independence (from police) in many of the state/federal current forensic services.

Moreover, despite numerous high level reports out of countries like the US and Scotland, outlining serious problems with forensic science, the legal system appears not to have taken such concerns on board.

Prof Edmond expressed concern with current expert opinion provisions in Australian laws of evidence concerning the requirement for “specialised knowledge” which did not give much-needed attention to the concept of reliability.

He told the audience that there was an important case going to the High Court shortly (R v Honeysett), which I will monitor.

The main message coming out of this event for me was the need for much greater engagement between the forensic and legal communities.

* Prof Barbara Etter APM is principal of BEtter Consulting and Adjunct Professor of the School of Law and Justice at Edith Cowan University, Perth WA. She is a former Assistant Commissioner of Police in WA and former CEO of the Integrity Commission in Tasmania, where she is now based. She is the pro bono legal adviser to Sue Neill-Fraser, who is in Risdon Prison convicted by a jury (at least in part on questionable forensic evidence) for a murder she did not commit, Civil Liberties Australia believes. Prof Etter is a member of CLA.