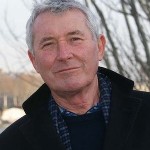 lawyer for East Timor fears that his passport will be confiscated so that he can’t contest a case in Europe. Would the Australian government do such a thing?

Spied-on lawyer stays out in the cold

One of Australia’s most ignored spying scandals may not yet be finished.

Canberra lawyer Bernard Collaery (left), who is representing East Timor at the International Court of Justice over its case against Australia in relation to the Timor Sea Treaty, will not return to Australia out of concern the government will seize his passport.

As part of his evidence in the case, a former Australian Security and Intelligence Service (Australia’s international spy agency, ASIS) officer last year revealed that ASIS had used the cover of an Australian aid program in order to bug the East Timorese cabinet during negotiations over the treaty.

The whistleblower was subsequently raided by the Australian Security Intelligence Organisation (ASIO, Australia’s domestic spy agency), as well as having his passport seized to prevent him from travelling to the Hague to give evidence.

At the same time, Collaery’s Canberra office was raided and documents seized — in effect meaning Collaery’s opponents in the Hague had access to his case notes. According to the Crikey source, Collaery has been tipped off that if he returns to Australia, he’ll be prevented from leaving again.

A clue to all this may lie in the statement made after the raids by the ever more right-leaning Attorney-General George Brandis, whose chief of staff is former ASIO head Paul O’Sullivan.

Brandis rose in Parliament on December 4 and, in justifying the raids, said “merely because Mr Collaery is a lawyer, that fact alone does not excuse him from the ordinary law of the land.In particular, no lawyer can invoke the principles of lawyer-client privilege to excuse participation, whether as principal or accessory, in offences against the Commonwealth”.

It’s clear now that there was an implicit threat in those words that Collaery would be targeted for “offences against the Commonwealth” — the offences, of course, being the embarrassing revelation of a cowboy intelligence agency engaged in commercial espionage against a barely economically viable micro-state.

In May 2014, Collaery was permitted by the Senate Privileges Committee to have incorporated in Hansard his response to Brandis’ smear. 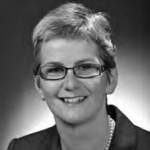 His statement provides evidence of the ASIS agent’s correspondence with the then-Inspector-General of Intelligence and Security, Ian Carnell, that shows how disingenuous the current IGIS, Vivienne Thom (right), was when she issued a statement denying anyone had contacted her office about the matter.

Collaery’s office says he has been working from a London office and is remaining there to handle the East Timor case for the time being. Unsurprisingly, they could shed no light on the government’s intentions about his passport.

Article first appeared in Crikey on 19 May 2014 Reproduced with permission.