Today Henry Keogh is expected to walk free after nearly 20 years in jail…where he should not have served one day. A Royal Commission is needed, CLA says. 22 Dec 2014

By Bill Rowlings, CEO, Civil Liberties Australia
Shortly after 3.45pm today, Monday 22 December 2014, an innocent man is expected to walk free from the Supreme Court in Adelaide after nearly 20 years in jail.
Henry Keogh’s conviction for murdering Anna-Jane Cheney was set aside by the Court of Criminal Appeal in South Australia on Friday 19 Dec 2014.

A bail application is being made at 3.45pm today, 22 Dec, at the Supreme Court. It is expected the bail application will be unopposed, and that Keogh will be allowed to leave the court as a free man, presumed innocent.

The Court of Criminal Appeal ruling on Friday allowed for the possibility of a retrial, but it is virtually impossible for that to occur, given that the two principle witnesses for the prosecution said during the recent appeal process that the forensic evidence was inconsistent with a murder hypothesis.

In other words, there never was a murder. No crime was committed. A man has served nearly 20 years in jail because of bad forensic science. 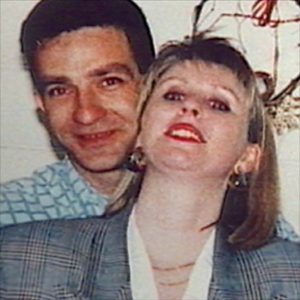 Keogh’s is the first case in Australia to get into court after passage of a new, breakthrough “Right To Appeal” (R2A) law in South Australia* in mid-2013. Before the R2A law, prisoners who had been convicted, then had a second chance at a Supreme Court appeal and possibly a High Court hearing as well, could only have their case reviewed if they went through an archaic “Petition for Mercy” (PfM) process. The PfM was made to the State Governor: in reality, it went to the Attorney-General to decide, becoming a political as much as a judicial issue.

Above: Henry Keogh and Anna-Jane Cheney, about 1993.

At least one PfM, fully documented, sat on the desk of an Attorney-General for four years. In another case, it appears an Attorney-General’s “expert shopping” overseas produced an opinion the AG chose to prefer over that of two Australian experts.

Many convicted prisoners want to, and deserve to, get a new hearing. There are usually a number of reasons why their conviction is unsafe or unsound, to use the legalese words.

The Henry Keogh case had its fair share of the above problems. Worse though, the problems were known to the state of SA for more than a decade, and the state refused to act.

There is an overwhelming case for the SA government to establish a Royal Commission into why it has taken so long to recognise the Keogh case as a miscarriage of justice, when it was so obvious at least 13 years ago (see below).

The Royal Commission, Civil Liberties Australia hopes, will morph into an inquiry into the state of justice in Australia, as illustrated by the demonstrated problems in SA. The same injustices inflicted on Henry Keogh have occurred – and are occurring today – elsewhere in Australia.

Civil Liberties Australia is calling for all arms of the legal system in Australia to actively promote a positive ‘Better Justice’ campaign for the next decade.

As a developed nation, with a refined legal system, we deserve better than we have now. Hospitals and doctors learn from rigorous inquiries into their mistakes, as does the aviation industry when a plane crashes…but the legal/justice system rarely holds inquiries and never translates any findings in one state into a better police, legal and justice system in all states and territories and nationally.

The Henry Keogh case is just one of many cases around Australia where the establishment – politicians, judges, lawyers, forensic experts, police, academics and organisations like ours as well – have let the states and territories, and the nation, down.

Those other cases include:

It is fair to say there are probably at least a dozen other major cases where the wrong person has been jailed in recent years: there are cases in Victoria, NSW, Queensland, Western Australia and the Northern Territory. Estimates, admittedly rough, say that 2-3% of people jailed for the most serious crimes in Australia are possibly innocent of what they have been convicted of.

The nation -– all western nations following the British justice system – needs a better system for identifying which cases may be miscarriages, and for proving or disproving the fairness of the convictions. We need Better Justice…because what holds true at the murder and major crime level almost certainly is worse at lowers levels of the legal system, where there is not as much external monitoring and checking on how well the system is working, or not.

The Keogh case is a classic demonstration, though, of how hard it is to achieve justice. Even when it was outrageously obvious that Keogh had not had justice, the SA government failed to act.

On 21 October 2001 – more than 13 years ago – the Adelaide legal, judicial and political establishment, including the then Attorney-General, were left in no doubt that numerous convictions involving former state forensic science head Colin Manock were beyond unsound…they were dangerous. Prime amongst them was that of Henry Keogh.

Released today, we expect, Keogh has been forced to serve 13 more years because the Adelaide establishment failed to act.

But according to QC Kevin Borick, former detective Chris Patterson and law professor Bob Moles, reopening one case (the Keogh case) alone isn’t enough. They believe there’s a need for a far more sweeping review -– a review which would discomfort the legal fraternity no end.

It seems to me that with the number of cases that have now become apparent, it creates a terribly difficult situation for the “establishment”, if I can use that word, in general because the question of verdicts, the question of investigations, are all likely to be aired and it can cause an enormous ripple and then a wave right through the establishment in South Australia as to how this could possibly happen without somebody questioning it.

Are you prepared to re-examine any of the cases where there are concerns about Dr Manock’s evidence?

Trevor Griffin (then) Attorney-General of SA

Well, I don’t want it to be said that I am convinced that there is any case to be made as a result of the assertions that others are making about Dr Manock, but what I do want to, to assert is that I’ve got an open mind on all of these matters. If the proper processes are followed, if the evidence which is provided, raises a significant doubt about the safety of a verdict, of course it will be looked at. And everyone who makes applications to me as attorney-general can be assured that they will be properly looked at.

It could lead to the reopening of a number of other cases.

Many, many cases, couldn’t it?

Dr Manock would not be interviewed and would not discuss the details of any case. So the bewildering questions about how he worked and how he reached his conclusions remain unanswered. What is clear is that there’s much more in question than one man’s competence. The much bigger question is how an entire system has let so many doubts go unresolved in so many cases for so many years.

I think you have to lay the blame directly with the legal profession and with the judiciary. It was our responsibility to make sure something like this didn’t happen — and I include myself in the same criticism. It did happen. And now we have to put it right.

Civil Liberties Australia is actively campaigning, with Dr Bob Moles and his Networked Knowledge organisation, for the R2A law to be ‘mirrored’ in all states and territories of Australia, and federally. The Tasmanian government, through Attorney-General Dr Vanessa Goodwin, a criminologist, has already agreed to do so.

YouTube version of the above Four Corners program and Transcript