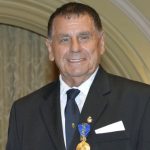 In Australia, innocent people are being wrongfully convicted and jailed in ‘Oath against Oath’ trials: their lives are being totally and unjustly destroyed by the criminal justice system.

An Oath against Oath trial is a trial where the only evidence given is verbal (ie, it is one person’s word against the other, there is no independent corroboration or verification). The jury listens to the evidence and then decides whether the accused is guilty or not.

There are many reasons why a person would make false accusations whether it be envy, jealousy, maliciousness or even being financially motivated.

We have had or heard of experiences where people have had false accusations made against them. For some, the false allegations have led to an Oath against Oath trial followed by imprisonment for something they didn’t do. How would you feel if this had happened to you or someone you know?

In the search for justice, theatrics should have little ‘bearing’ in determining a person’s innocence or guilt in a word-against-word trial. Hollywood may be centre stage for the world’s actors, however there are local people who are champions at the art of acting, which is why scams are so successful.

Therefore, in my opinion, Oath against Oath trials are unsafe as innocent people are being mistakingly convicted and imprisoned unjustly. Such trials should be stopped in the name of fairness.

In the event of imprisonment the court should have a discretion to exercise home detention as a punishment and deterrent when satisfied the “offender” poses no real risk of reoffending, is of advanced age or has serious health-related problems.

Brian G Tennant AM JP has been a civil liberties and social campaigner for more than half a century. He is a member of Civil Liberties Australia, and has been awarded an AM by the government for his services to rights and justice and to the community. A version of this letter appeared in the suburban Post newspaper in Perth in April 2019.

RESPONSE to the above letter:

Judgements should be based on evidence

I refer to your recent letter in the Post newspaper in Perth ‘No Fairness in oath vs oath trials’.

It baffles me that such a practice like this would exist. I believe any judgement should be based on evidence, not someone’s testimony alone no matter how convincing that might be.

I for one have suffered through the court system, not because of compelling evidence against me (there has been no evidence at all in fact) but because of one person’s vexatious litigation against me.

I have been harassed by way of multiple Violence Restraining Orders (VROs) over the course of many years. The person applying for the orders has them granted on an interim basis – not by providing any evidence, but by merely issuing a statement to the court. This person has no issue lying under oath to get her way and to get back at me for leaving our relationship.

One VRO withheld me from any contact with my children for several months (we had no court orders in place as yet and she refused to participate in mediation).

Whilst the VRO attempts still continue (although I have next to no contact with her due to recent family court orders), we are now in the family court. This person can now make multiple Form 4 attempts (accusation of child abuse) with no repercussions.

She made one which was dismissed, and she has applied for another. These applications again need no evidence, simply for the accuser to submit a signed affidavit.

As there seems to be no repercussions for filing false accusations, vexatious litigants seem to have “free hits” to try to incriminate their targets.

If this person ever had an oath vs oath trial against me, I would be worried. She is an incredibly skilful liar who is able to turn her emotions on and off. She has been practising for many years…and that’s only the time I’ve known her.

If there is anything I can do to help eradicate the oath vs oath trials, let me know.