Australia’s securitazi are supposedly oversighted by independent agencies and MPs, but in reality nobody closely supervises the shadowy out-of-sight and -mind faceless and nameless operatives.

Nobody is watching the watchers

Our current system of accountability for intelligence agencies is broken, and hopelessly inadequate for an era of mass surveillance. 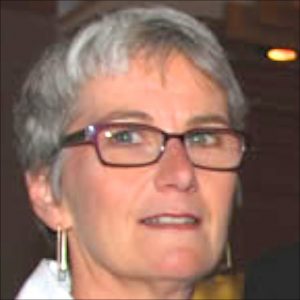 Here’s why. Dr Vivienne Thom is the “Inspector-General of Intelligence and Security”, whose role, the Inspector-General’s office maintains, is to provide “independent assurance for the Prime Minister, senior ministers and Parliament as to whether Australia’s intelligence and security agencies act legally and with propriety by inspecting, inquiring into and reporting on their activities.” [my emphasis]

As Crikey reported recently, the strange case of Canberra lawyer Bernard Collaery – representing East Timor in its dispute with Australia over the Timor Sea Treaty – has brought into question public statements by Dr Thom, which appear to contradict a statement by Collaery that have now been incorporated into Hansard following a parliamentary attack on Collaery by Attorney-General George Brandis.

At issue is whether a former Australian Security Intelligence Service approached the former IGIS – Ian Carnell – and sought advice in relation to his role in the bugging of the East Timorese cabinet room in 2004, an operation intended to advantage Australian resources companies – and whether Carnell recommended that the whistleblower obtain legal advice, which he then did.

Senator Nick Xenophon tried to explore this in a late night exchange in June 2014 in Estimates hearings with Dr Thom.

The first issue was whether Thom was being completely truthful when she asserted, as she did in December 2013, that no former ASIS officer had ever approached her or Carnell about the East Timor issue.

There would appear to be a prima facie case that Thom’s statement is wrong.

Collaery’s statement refers to correspondence to and from Carnell, and incorporates specific details and dates that are readily checked. But Thom refused point blank to discuss the matter when Xenophon raised it.

Their exchange continues for an extended period; the persistent theme is that Thom simply refuses to accept that there is even a reason to go back and check the IGIS records or any discrepancy between her statement and Collaery’s.

(Click through to see a bigger version of the image)

Stonewalled by Thom’s refusal to acknowledge the issue, Xenophon changed tack and asked about a more substantial matter – economic and commercial surveillance by Australia. This is a subject on which the Prime Minister has clearly lied, when he insisted in February 2014 that “we certainly don’t use it [surveillance] for commercial purposes” afterThe New York Times revealed, courtesy of Edward Snowden, that Australia had engaged in electronic surveillance of Indonesian trade negotiators and their US lawyers involved in a dispute with the US government, and had passed the information on to the Americans who found it “highly useful intelligence for interested US customers”.

The pro forma excuse is that intelligence-gathering is conducted for economic purposes – something explicitly provided for in the enabling acts of intelligence agencies – but not intelligence gathering aimed at benefiting individual companies.

That theoretical difference is spurious: it pretends a distinction between governments and industries that is meaningless in key areas like defence; it assumes a mercantilist approach to trade that favours specific industries over consumers (free trade agreements or multilateral trade negotiations are inferior in terms of economic outcomes to unilateral removal of trade barriers); and in practice it makes no difference – we end up spying on the same people: trade negotiators, foreign companies and competitors.

The NSA, Snowden has so far revealed, has targeted the Brazilian resources company Petrobras, the Chinese company Huawei and German communications companies.

None of that is surprising – a European Parliament report published in 2000 showed how Echelon, an older “5 Eyes” communications espionage program, was used to directly benefit US firms. Indeed, so routine is use of NSA surveillance for commercial purposes that the review panel established by Barack Obama to examine the NSA’s mass surveillance specifically recommended that it “must not be directed at illicit or illegitimate ends, such as the theft of trade secrets or obtaining commercial gain for domestic industries”.

All this is a highly sensitive issue, because governments of all stripes like to insist that mass surveillance is needed to thwart terrorism and pedophiles, not to help out corporate mates.

Thom told Xenophon the distinction between “economic espionage” and “commercial espionage” was “complex”, but “the first test would be to ensure that it was in accordance with government requirements … national economic wellbeing is a broad umbrella, if you like, and there are many areas of intelligence collection that could fall under it. The prosecution of Australia’s trade interests could also be a purpose related to national economic wellbeing.”

But surely, Xenophon continued, she wouldn’t just take agencies’ word on the subject?

In Australia, accordingly, the distinction between economic and commercial surveillance is at the discretion of the government, it is OK as long as it is “in accordance with government’s priorities”.

“Economic espionage” thus isn’t even a fig leaf, merely a construct deemed to be there because the government says it is. Thom’s responses illustrate why Australia’s behind-closed-doors system of oversight is broken and unfit for analog-era surveillance, let alone the mass surveillance that ASIS, the Australian Signals Directorate, ASIO and the AFP are already practising and want to legitimise.

Of all the anglophone countries involved in the system of mass internet and telecommunications surveillance, Australia is the one that has had the least debate, with both Labor and Coalition governments simply pretending the debate being conducted at the highest levels in, particularly, the UK and the UK, simply doesn’t exist. All debate has been shut down with an insistence that these are not matters for public discussion.

Even oversight agencies like the IGIS are part of this cover-up mentality that refuses to acknowledge basic facts. And the parliamentary intelligence committee, even when led by committed parliamentarians, is limited to the administration and expenditure of agencies and is specifically prevented from examining “the intelligence gathering and assessment priorities” or “sources of information” of agencies.

“The system of oversight lacks transparency and needs to be much more rigorous,” Xenophon says. He believes we should follow the German and US models of parliamentary intelligence committees that have much more wide-ranging powers of review.

For example, despite tending to reflexively support the NSA’s mass surveillance programs, the Senate intelligence committee in the US has been embroiled in a struggle with the CIA over a massive, highly critical committee report into the agency’s use of torture.

And yet these agencies are all demanding still more power.

Bernard Keane is Crikey’s chief political correspondent in Canberra. This article, which first appeared in Crikey, is reproduced with his permission.