The re-organisation of the machinery of government in July 1987 was the most significant, wide-ranging and possibly beneficial in the history of the Commonwealth.

Better concentrated around coherent and related functions, the number of departments was reduced from 28 to 18 and arranged in 16 cabinet portfolios supported in many cases by non-cabinet ministers.

The re-organisation was conceived in secrecy by the then Secretary of the Department of the Prime Minister and Cabinet and a couple of his staff. It was signed off by the Prime Minister three days after the 1987 election without apparent consultation at ministerial or official levels, something if indulged could well have killed off the whole scheme.

A new Administrative Arrangements Order was immediately issued with ministers being appointed and functions allocated to them and their departments. While the distribution of staff and resources took time, the detail of the whole deal was known on the day it was announced, Bastille Day.

The new cabinet and departmental structures were unaffected by political intrigue or the ugly empire-building aspirations of ministers and officials and were consistent with generally-accepted machinery of government principles. 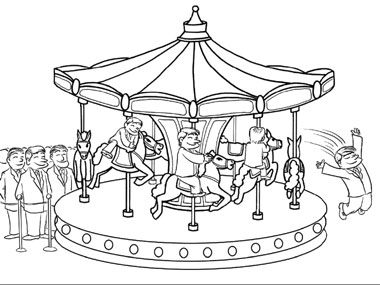 On the 30th anniversary almost to the day of these momentous changes, Prime Minister Malcolm Turnbull announced an intention to create a “Home Affairs portfolio of Australia’s immigration, border protection and domestic security agencies” including “ASIO, the Australian Federal Police, the Australian Criminal Intelligence Commission, the Australian Transaction Reports and Analysis Centre and the Office of Transport Security.” He also outlined the government’s response to the L’Estrange-Merchant review of the Australian Intelligence Community.

While decisions on the AIC review are sound, the Prime Minister’s statements (and those of some of his ministers) on the Home Affairs proposal are rich in cliché, wishful thinking and ignorance. Such shortcomings could be excused if the proposal was meritorious; it is not.

Sensible machinery of government principles are offended, the stench of politics and empire building is abroad, there is no revised Administrative Arrangements Order and, notwithstanding the avowed urgency of security and terror risks, the new show will not come into effect for about a year.

The contrast with the much more significant 1987 changes could not be more stark. Home Affairs begins as a shambles and will likely end as one; a public administration amateur hour. It’s little wonder the reception has varied from lukewarm to puzzled to stringently adverse.

Have any of those involved in advancing the cause of the Home Affairs portfolio ever bothered to familiarise themselves with important texts on the machinery of government – the 1918 Haldane Report and the Coombs Royal Commission, for example, and the vast academic literature? If they have, they’ve ignored the lessons. It’s more likely they’ve not. The proponents of the new portfolio seem to have made it up as they’ve gone along beginning with an answer and then scrambling for justifications none of which are worth a toad’s breath.

Machinery of government literature does not provide guidance as precise as Newton’s laws of motion. Indeed, the Haldane Report cautions against the application of its dictums with “absolute rigidity.” There is also the need for purist administrative prescriptions to take into account, for example, the abilities and wishes of ministers.

Nevertheless, there’s sufficient agreement in the literature to distil principles against which the Home Affairs proposal can be tested. Let’s take a few.

First, Haldane says that functions should be allocated by “defining the field of activity in the case of each department according to the particular service it renders” rather than on the basis of “persons or classes to be dealt with.” That’s re-iterated by the Coombs Royal Commission which says that “departments should be organised around a coherent function.” The 1987 changes sought to do that with departments dealing with foreign affairs and trade, health and community services, industry services and the like rather than children, the unemployed or the ill.

Turnbull says that the proposed Home Affairs portfolio is about “entrenching cooperation between agencies which has helped us thwart 12 terrorist attacks and stop 31 people smuggling ventures.” That is to say, he’s wanting an organisation based primarily on what he sees as overlapping classes of people to be dealt with – “terrorists” and refugees. It’s unlikely to work well and to apply the approach as a general principle in government administration would be disastrous.

Second, major related functions should have a stand-alone department. Since the end of the Second World War, immigration has been one of the most important Commonwealth functions and its effects have been highly consequential.

It’s tragic that a great department, the Department of Immigration, is to have its role further distorted and its place in the scheme of things reduced by the perceived imperative of pandering to exaggerated anxieties about those who try to get into the country on rickety boats.

Third, departments should be composed of like or related functions. On this basis the merging of immigration and customs was a mistake that no amount of muttering about “border protection” can make good.

Arranging for people to migrate to Australia is an entirely different activity from seeing that appropriate duties are levied on imports and that illegal imports of goods are prevented. That may be why the Australian Export Council is reported as calling for customs and visa policy to be transferred to the Department of Foreign Affairs and Trade.

Apart from difficulties caused by the distractions of its re-organisation and the obnoxious policies it has had to implement, it’s no wonder the Department of Immigration and Border Protection, composed of functions as different as immigration and customs, has been so plagued with controversy and administrative failure. Adding a range of security functions is going to further impede the effective administration of them all.

Fourth, police and prosecutorial functions should be kept at a step removed from major activities they are likely to be required to investigate. That is why the Australian Federal Police Act has usually been administered by the Attorney-General where the AFP can more properly, independently and impartially carry out its role across the broad range of Commonwealth functions and that is why it is wrong for them now to be placed with customs and immigration.

The CIA’s intimate involvement with decisions by President George W. Bush to invade Iraq in 2003 appears to have affected the nature of intelligence advice. The head of the CIA, a statutorily independent organisation, told the President that Saddam Hussein’s possession of weapons of mass destruction was a “slam dunk” while a British official reported back to the Blair government that in Washington intelligence “facts” were being fitted around the policy. With the best will in the world, once a government policy is set, there is a natural tendency for officials to look for “facts” to support it.

Putting distance between intelligence gathering and policy helps to minimise this risk. That is to say, it is unwise to include ASIO in the new Home Affairs organisation notwithstanding its statutory independence, especially given the capacities and inclinations of its minister-to-be Peter Dutton.

Sixth, overall government responsibilities should be spread as evenly as possible between ministers. The Home Affairs proposal goes significantly in the opposite direction.

Seventh, some observers have remarked on the apparent intention for the Attorney-General to retain his role in issuing warrants and authorisations for ASIO which will not be in his portfolio, although that’s uncertain as the Prime Minister has said that the Attorney’s role “in ASIO operations” is to be reviewed. Having the Attorney approve warrants etc may not be significant although it is a return to the bad old days, abetted by Kevin Rudd, of ministerial matrix management making for confused operations and accountability.

More could be said but it should be clear enough that the Home Affairs proposal is inconsistent with just about all usually-accepted principles of machinery of government.

In his announcement, the Prime Minister made much of the precedent of the UK’s Home Office. That’s an inappropriate, ill-advised and unconvincing comparison.

The UK has a unitary system of government including all those functions performed in Australia by state governments and which can conveniently be gathered into its Home Office which has evolved over perhaps hundreds of years. Moreover, in its contemporary form it hardly seems that this institution is worthy of copying or emulating, it having recently experienced a plague of scandals, adverse publicity and failure.

It’s also worth noting that a Home Affairs portfolio was not recommended in the L’Estrange-Merchant report on the AIC.

There’s been a suggestion that such a proposal would have been outside their terms of reference. Clearly it would not have been, the terms of the review requiring it to report on “how effectively the AIC [the Australian Intelligence Community] serves (and is positioned to serve)….the needs of policy makers” and “whether the AIC is structured appropriately, including in ensuring effective coordination and contestability.”

In commenting on the Home Affairs proposal, the head of the Australian Strategic Policy Institute, Peter Jennings, is reported as saying that “I don’t think the case has been as compelling as it could have been” and that the government’s decision was a “line ball call”. As the poet Pope wrote, “Damn with faint praise, assent with civil leer. And without sneering teach the rest to sneer”.

The fact is that there is no obvious compelling case for the government’s proposals. In the improbable event Jennings has one in his back pocket, let him bring it forth.

If he were to do so, he would need to deal with former Queensland National Party senator and Treasury Secretary, JO Stone who slagged off on the proposal using a quip he falsely attributed to the Roman courtier, Petronius, to the effect that “we tend to meet any new situation by re-organising, and a wonderful method it can be for creating the illusion of progress while producing confusion, inefficiency and demoralisation”. While there’s no evidence Petronius said any such thing, the sentiments are apposite.

More convincingly and a couple of thousand years after Petronius, former Public Service Board Chairman and departmental secretary, the late Peter Wilenski, referred to academic analysis of mergers and demergers in the UK Civil Service, the two major conclusions of which were:

While these observations are hyperbolic, in the hapless circumstances of the development of the Home Affairs proposal, they stand an excellent chance of being made more credible.

If there’s a good thing, if unredeeming, in this whole business, it is that when something goes wrong on the security-terror front, everyone will know who to ask why: Peter Dutton.

If he’s true to form, however, don’t expect a straight answer or even any answer.

Paddy Gourley is a former Canberra senior public servant, originally from Tasmania. Email: pdg@home.netspeed.com.au This article appeared first in ‘The Public Sector Informant’, a ‘supplement’ of the Canberra Times: http://tinyurl.com/y9uaukq2   It is reproduced here with the permission of the author. Also by Paddy Gourley: http://www.canberratimes.com.au/national/public-service/independent-review-of-public-administration-is-overdue–and-a-bizarre-viceregal-oath-no-one-needs-20170330-gv9r02.html