Queensland’s forensic services for courts are in a state of ageing decline, an audit report has found.

Drug analysis particularly is holding up court cases, and there’s no guarantee police forensic exhibits can be relied on, especially for any future re-use of stored samples, the Queensland Audit Office found in a report released on 27 June 2019. 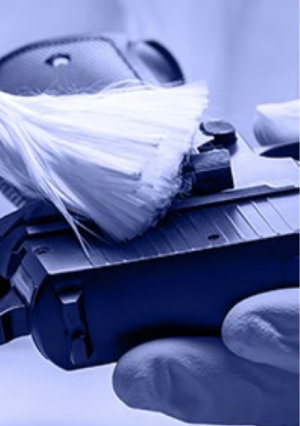 Responsibility for examining, analysing and reporting on DNA exhibits is split between the Qld Police Service (QPS) and Qld Health (QH).

The audit report contains a mysterious mention of “incorrect results”…with no details given: “The manufacturer has since rectified the issue and Queensland Health reports that no incorrect results were generated during this period (2017-18)”.

QH’s Forensic and Scientific Services is struggling to keep pace with the increase in demand for DNA analysis. (Demand) is up 21%, but staff is down from 65 to 61 in 2017–18. The budget for forensic DNA is also down —about $1 million— over the five-year period.

“A lack of planning and modelling has limited its ability to effectively prepare for the increase in demand,” the audit said.

The audit also rips into slackness in the police handling of forensic exhibits.

“The QPS has limited assurance that all crime scene exhibits, including forensic exhibits, are stored securely and accounted for.”

The audit was also severely critical of illicit drug testing and handling, describing it as “less coordinated”.

“The QPS and QH do not coordinate, manage, and prioritise the delivery of illicit drug services across both agencies the way they do with DNA services. This lack of coordination and management has resulted in inefficient and costly practices in the transportation, analysis, and destruction of illicit drugs.”

The average time to produce a drug analysis result was six months, the audit found. “Delays of this nature can result in cases being adjourned or, in extreme circumstances, charges being dropped.”

As well, the audit said, the police themselves were creating extra drug danger: “The unnecessary handling of illicit drugs also poses security risks,” the audit said.

Bill Rowlings OAM is a former mainstream media journalist on national dailies and author who has written extensively on police, prisons, courts, freedoms and injustices – among other topics – for the past two decades. He received his OAM in 2013 for ‘the protection of human rights’.