Mr GAFFNEY (Mersey) – Mr President, this is only my second adjournment of the debate contribution in my 14 years of representing Tasmanians in this place.  I take the role of adjournment debate very seriously, and I see this issue as exceptionally important.

My first speech in August 2021 dealt with the very same justice issue.  The soundness of the conviction of Sue Neill-Fraser, in light of new and compelling evidence, is exposed in the Etter Selby Papers tabled in this House.  Unfortunately, the information contained in the Etter Selby Papers seems to have fallen on deaf ears, with no response to the substance of the issues raised from the Attorney-General or the Director of Prosecutions.

Now, Mr President, we have a former senior prosecutor, Mr Tony Jacobs, adding his weight to the concern a miscarriage of justice has taken place in the Sue NeillFraser case and calling for an independent inquiry into the entirety of the case.

Mr President, I wish to bring your attention the recent lengthy submission by Mr Jacobs to the Law Society and the Attorney-General, and a revised summary submission, addressing numerous issues with the 2010 trial which led to this miscarriage of justice.  Tony Jacobs is a well-known lawyer and one who is highly experienced in criminal law, having spent over 30 years of his 50-year legal career at the Office of the Director of Public Prosecutions.  He retired from that office as recently as 2020.  Mr Jacobs appeared before the High Court of Australia six times and prosecuted some hundreds of trials, including about 30 murder cases some with multiple accused.  He had no direct involvement in the Sue NeillFraser case but has voiced concerns about the matter for some years now.  So, why has Mr Jacobs spoken out?

Mr Jacobs initially wrote to the Attorney-General on 7 January 2022 in a two-page letter, and voiced his concerns following the outcome of the 2021 appeal to the Court of Criminal Appeal.  He state that he believed he had a moral duty to inform the Attorney-General that the combined effect of many of the actions and omission of David Gunston SC constituted flagrant incompetence and accordingly, Ms NeillFraser was entitled to have her conviction overturned.  Mr Jacobs suggested that the Attorney-General establish an inquiry panel with three retired mainland judges.

The Attorney-General replied to Mr Jacobs on 24 January 2022, and declined to take action on the basis of the separation of powers and the fact that legal proceedings were then on foot.

Ms NeillFraser subsequently failed in her application for special leave to appeal to the High Court on 12 August 2022.

There was increased attention in the media as to the soundness of the conviction.

The then president of the Law Society, Mr Simon Gates, wrote an article in the Mercury on 23 August 2022 headed: ‘NeillFraser supporters risk undermining confidence in the legal system’.  He stated:

It was not enough that people speculated about other possible theories and that any such hypothesis had to be considered in the context of the evidence as a whole.

Mr Jacobs, as a former member, then challenged the Law Society in a nine-page submission with a one-page attachment of the Mercury article dated 27 September 2022, saying that he:

… had done the groundwork and read all of the thousands of relevant pages of transcripts and judgements, some more than once.

He reiterated Emile Zola’s famous challenge, J’Accuse!,from France in 1898 in the Dreyfus scandal, to challenge the Law Society and the broader profession to read what he had written and either show him he was wrong, or speak up for justice in Tasmania by publicly stating an agreement with his claim that Ms NeillFraser is the victim of failures by Tasmanian lawyers.

Tasmania and Australia’s highest courts had considered the case in great detail.

Ms Archer added that it was important the court’s decision be respected as a cornerstone of our justice system and to not do so would undermine the rule of the law and the judiciary.

Mr President, the courts are only ever as good as the evidence put before them.  Then appeal courts are only ever as good as the points of appeals put to them; and vulnerable witnesses are only as good as the protection and support provided to them.  When the system fails or, more to the point, when lawyers fail, miscarriages of justice can occur.  It is up to the first law officer of the land to recognise these failures and address them.  To be deliberately blind to them is what will undermine confidence in our legal system.  No legal issue now exists before the courts anymore.  The power rests with the Attorney-General to right a wrong.  She can no longer hide behind the concept of the separation of powers.  The ball is now firmly now in her court and she must respond to the substance of the issues raised in the Etta Selby Papers and the Jacobs submission. Sadly, we know that no system is infallible and miscarriages of justice do occur, and often are not revealed by appeal processes.

The Andrew Mallard case in Western Australia and the Chamberlain case are classic examples of this.  Mr Jacobs has shown incredible moral courage in speaking out and calling upon fellow members of Tasmanian legal profession to acknowledge serious issues in the way the matter was dealt with in the courts, including by some Tasmanian lawyers.  A great many of the issues have not been aired in a courtroom.

The Law Society and its former president, Mr Gates, have declined to make any comment on the submission despite repeated requests for feedback from Mr Jacobs since late September 2022.  In a last-ditch effort, Mr Jacobs again emailed the Law Society and Mr Gates on Monday 14 November, again seeking a response.  It appears that the Law Society has now elected for Mr Gates to respond.  One wonders whether the former president of the Law Society, after urging everyone else to read the whole of the evidence, took the time to read the thousands of pages of transcript and other materials that have been examined by Mr Jacobs.  If he has, it is hard to understand his failure to defend his publicly stated position.  Mr Jacobs is surprised and disappointed that the Law Society has failed over some seven weeks to even to attempt to rebut the submission in which he showed the Ms Sue Neill-Fraser murder conviction from 2010 should have been overturned on appeal because of serious mistakes in the trial, along with matters that should have been raised but were missed in the appeals.

Mr President, Mr Jacobs has focused on three issues which go to the heart of why Ms Neill-Fraser did not receive a fair trial:

(1)​ The failure of the then DPP to fulfil his obligations to the court to disclose prior to trial, three potentially decisive pieces of evidence.

(a)  A significant electropherogram of the DNA sample of Ms Megan Vass, which was found in the luminal positive area, 260 x 210 mm on the deck of the yacht;

(b)  The forensic scientist’s opinion in an email to police, that the relevant DNA sample was unlikely to walked on to the boat on a shoe; and

(c)  A record that Ms Vass told Nara House that she was spending the relevant night of 26 January 2009 at Sam’s place, a non-existent Mt Nelson address.

(2) ​The judge telling the jury in his summing up that Ms Vass might have urinated somewhere and a police officer had trodden on it and walked the DNA onto the boat, when urine has very little DNA and what it does have, deteriorates quickly.

(3)​ The failings of the defence lawyer, Mr David Gunson SC, now deceased, necessitated that the conviction be overturned.  15 examples were eventually given, including: failing to take up offers to visit Forensic Science Services Tasmania and discuss the findings and results; failing to challenge the comment of the trial judge about urine and the possible transfer of the Megan Vass DNA by way of foot traffic; and failing to properly cross-examine Ms Vass, including as to her friends and associates.

Mr Jacobs said that each of these three issues should have resulted in the 2011 appeal overturning the conviction.  But, none of them were raised on that appeal or on the 2012 unsuccessful application for leave to appeal to the High Court.

Mr Jacobs stated that Ms Neill-Fraser was caught in a catch-22 situation.  Her 2021 appeal needed to establish fresh and compelling evidence.  The above issues were not fresh, they were there in 2010, but were missed.  As I stated in August 2021, this case will not rest and for good reason.  There are simply too many unanswered questions.

The Attorney-General has a duty to protect all Tasmanians, and to take steps to ensure there has not been a miscarriage of justice.  Ms Neill-Fraser has spent 13 years of her life in jail, and will spend the next 10 as a parolee.  It is not enough to say she is no longer in prison, so we should all rest easy now.  Being a parolee impacts on her daily life.  The reality is that she will never truly be free again while the label ‘murderer’ hangs over her head.  I am informed that Ms Neill-Fraser is determined to clear her name and prevent the same thing happening to anybody else.

I am also advised that Mr Robert Richter KC and Mr David Edelson KC, the lawyer involved in the later Jeff Thompson surveillance device matter, wrote to the Attorney-General some four weeks ago, a detailed letter also calling for a commission of inquiry.  They are yet to receive a substantive response.  I call upon the Attorney-General to provide a considered response to the submissions of Mr Jacobs.  Moreover, I call upon the Attorney-General to establish a committee of inquiry into the Sue Neill-Fraser conviction, and wider systemic and entrenched issues in our justice system which may have led to other miscarriages of justice in Tasmania as well.

So that members can read for themselves the work of Mr Jacobs, I seek leave to lay upon the table the following associated papers, being the original submission to the Attorney-General and the Law Society, dated 27 September 2022, and the more recent revised summary submission, dated 9 November 2022, which includes some corrections and an additional important point related to the Meghan Vass issue.  I also seek to table the two responses of the Attorney-General to Mr Jacobs, dated 24 January and 13 October 2022.

I appreciate the members giving me 13 minutes of their time here this evening, but I also have to reinforce that Sue Neill-Fraser has spent 13 years of her life in jail.  I think a committee of inquiry is very important.  Mr President, I ask that the members accept seeking leave to table the documents. 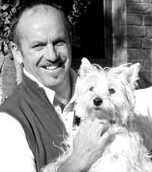 Background: Michael Gaffney’s professional career primarily involves young people and he was with the Education Department from 1979. Originally a Health and Physical Education teacher and then as an AST3 (Senior Teacher), he became heavily involved with behaviour management in schools both with the Barrington District Support Team and as a Senior Education Officer with the State-wide Behaviour Management Team.

Mike has been a successful athlete and has represented Tasmania in baseball, touch football, basketball, volleyball, athletics and football. He has won 12 professional gifts (including 2 Latrobe gifts) and played senior TFL football with Hobart and New Norfolk. Born in November 1959, he is married and lives in Latrobe in northern Tasmania, where he has represented the Mersey electorate since 2009, and has been elected for his third six-year term.