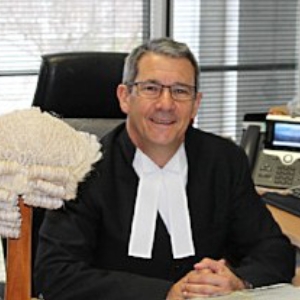 Seventeen years ago, on the 10th anniversary of the Royal Commission into Aboriginal Deaths in Custody, I published an article in the indigenous law bulletin showing that indigenous custody rates had actually risen since the Commission’s report in April 1991.

In 2003 I received a Churchill Fellowship to study issues surrounding the imprisonment rates of indigenous people in North America, looking at a variety of initiatives from Navajo Peacemakers, the Gladue Aboriginal Court in various provinces in Canada, through to semi-sovereign First Nation communities throughout Canada and the USA.

Some of these initiatives had remarkable results in areas with chronic crime such as Hollow Water, an Ojibway community on the shores of Lake Winnipeg where decades of intergenerational child abuse was addressed through shifting the focus from punishing the perpetrators to identifying the driving forces of intergenerational offending.

I discovered a number of stark ideological differences between Western justice and these more organic indigenous approaches. One was the contrast between our focus on punishing the bad, and the indigenous ideology of educating the lost. A second was in contrast to our goal of separating the bad from the good, the indigenous priority was reintegrating the lost back into the community as soon as possible.

Since I completed my Churchill Fellowship some 15 years ago, indigenous imprisonment rates in Australia have almost doubled.

‘Most incarcerated people on the planet’

By all modern measures, Australian indigenous people are now officially the most incarcerated people on the planet.

Likewise with reoffending rates: in 2007 the Australian average percentage of prisoners known to have a prior imprisonment Australia-wide was 56.5% whereas the ACT was only 55.9%. Ten years on, in 2017, the Australian average has remained at 56.5% whereas the ACT has grown to from 55.9% to 75.1%, the worst figures in the country. Indeed we have overtaken NT to have the worse figures in Australia for the past seven years straight.

Over the past 20 years I have seen many initiative to halt this decline. However not only have they have not been proven to work, we can now categorically say they have been proven not to work.

Lower sentences per se are not the answer, in the same way that reducing penalties for drink driving would hardly reduce the road toll. However indigenous people are frequently incarcerated for the repeat commission of relatively minor offences that directly relate to socio-economic factors such as higher levels of alcohol-related arrest, alcohol-related low level violence and repeat traffic offences such as “drive unlicensed”…often caused by underlying poor literacy skills that prevent people from getting a license.

It is time for an ideological shift in the way we look at indigenous offending.

As with the North American initiatives, we need to focus on identifying the driving factors in the offending cycle, then develops meaningful sentencing options that address these rather than simply escalating the punishment.

‘Driving factors…known for many years’

The driving factors for much of indigenous offending have been known for many years, the most significant being intergenerational trauma and its various subsets of poverty, under-education, health, under-employment, homelessness, mental health, drugs and alcohol combined with an intergenerational distrust of authority driven by Australia’s history of separating indigenous families.

The situation will not improve unless we adopt a more complex meta-analysis, not just looking at incidences of re-offending but analysing the types of offences and the length of time between offending, and looking at the intergenerational cycle of offending.

There is no silver bullet: the solutions will be incremental, complex and multi-faceted.

The system currently focuses on increasing the penalties for repeated breaches of the same law, which assumes that the person knows how to change and the only thing stopping them is that the penalty is not high enough to tip the balance.

The reality is, however, that most habitual offenders simply do not know how to stop offending, or they would have done so. We need to become more sophisticated in both understanding the complex reasons for offending, and developing solutions that address these driving forces.

Without an ideology shift, Australia will soon achieve international infamy. Not for our indigenous history, but for the current practice of imprisoning our indigenous population at a rate that far exceeds any group anywhere on the planet.

And the ACT appears to be slipping faster than anywhere else.

Shane Drumgold is Deputy Director of Public Prosecutions in the ACT. 180905

(This article appeared first in the ACT Bar Journal, September 2018).