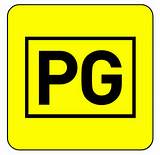 Shared responsibility for classification is reasonable, CLA says, but law enforcement should never have the power to determine the content classification of books, films or computer games.

Civil Liberties Australia thanks the Legal and Constitutional Affairs Legislation Committee for the chance to respond to the inquiry into the Classification (Publications, Films and Computer Games) Amendment (Classification Tools and Other Measures) Bill 2014.

While there is, in principle, no objection to using classification tools to automatically classify content, there must be a simple means for publishers to challenge the classification of tools.  While automated tools can be a boon, they aren’t perfect and their failure must be able to be easily rectified.  Civil Liberties Australia suggests trialling a shared system where the publisher and the tool must both agree with the classification before a final decision is made.

There is a danger in giving the minister the power to determine the display and consumer advice requirements for classified content.  Cover art and product design is an important part of the consumer experience.  As ministers change often, a minister who does not respect the consumer experience is within the realms of possibility.  If the minister is to be granted this power, it should not extend to being able to control the cover art.  For example, the minister should not have the power to require that all films of a certain classification must be blank except for the title.

It is unclear what advantage there is in allowing unclassified material to be referred to law enforcement without first having the content classified.  Only in cases where the content is obviously illegal, such as child abuse material, does this make any sense.  In such cases, however, the classification is also so obvious as to require virtually no time to be properly marked as such.  In all other cases, it is preferable for the classification to be determined in the usual way. Civil Liberties Australia believes it is absolutely unacceptable to grant law enforcement the power to determine content classification.