This article has been updated

The calculated percentage changes as the rate of exonerations in the UK varies each year. As the aim of the UK CCRC is to correct the wrongful conviction rate in the UK, it is likely that the UK rate will continue to decline.

However, with no CCRC in Australia, the number of mistakes simply accumulate as more people in jails wrongly convicted.

About 300 Australian women and men convicted of major crimes are in jail today – and for many years to come – who should be free. They are innocent.

These are the findings of a three-year investigation into wrongful convictions worldwide by Civil Liberties Australia.

It is impossible to find figures anywhere in Australia on the number of innocent people in jail. The best we can do is extrapolate – draw conclusions – from valid measurements made on robust information in reliable legal systems.

By far the most comparable system to Australia is that of the UK. The laws-police-prosecutors-judges-courts-legal and justice system in England, Wales and Northern Ireland is virtually identical to that in Australia. We have had the same systems as them for 230 years. 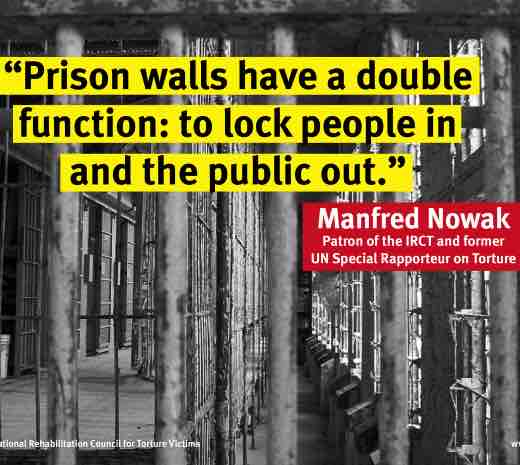 The system differences are miniscule. Even any nuances are tiny in the overall scheme.

So the best comparative measure for the wrongful conviction rate in Australia is what has happened in the UK * over the past 20 years. (* not including Scotland: it has its own systems, and some unique legal options)

Twenty years ago the UK introduced a Criminal Cases Review Commission, based in Birmingham. The CCRC has the power to refer a case back to an appeal court if it considers that there is a real possibility the court will quash the conviction or reduce the sentence.

The (CCRC) is completely independent.  It does not work for the courts, the police, the prosecution or for the people who apply for a review of their cases. It has special legal powers to obtain information from public bodies such as the police, the (prosecutor), social services, local councils and the National Health Service.

This separate, statutory body gave prisoners – in jail for major crimes who claim they are innocent – the chance to have their case independently assessed, without charge, by highly competent lawyers working full time for the CCRC. It has 90 staff, including 40 case reviewers.

Over 20 years, the CCRC has reviewed about 10,000 cases which pass its stringent standards for being accepted for review (for example, the prisoner must have exhausted all appeal opportunities before applying to the CCRC).

Over 20 years, the CCRC says, 7% of the 10,000 cases it has studied in detail are of innocent people wrongly convicted. That is, about 700 individuals should never have gone to jail in the UK.

In practice, and using hard numbers, by May 2017, the CCRC had referred 632 cases back to superior appeal courts of the UK for re-assessment. Many more cases are pending.

If you agree there’s the strong likelihood that, in a near-identical Australian system, an equivalent 7% of innocent people are likely to be in jail here, it simply comes to a calculation to figure out how many people that would be. A broad, very approximate measure can be derived this way:

The figure – for innocent people in Australian jails for major crimes – comes to 329.

If you take the lower, “actual” figure in May 2017 of formally-referred CCRC cases of 632, the division figure becomes 297.

So, either way, there are about 300 people jailed for murder, rape and major offences in Australian jails todaywho are innocent.

Based on the UK figures of cases which continue to pour in to the CCRC at a high rate, about four (4) people are being jailed every three (3) months in Australia – for long sentences of 10-20 years – for crimes of which they are innocent.

This has happened for 20 years, or more; it is happening this month; it will happen next month.

If Australia’s urban transport systems were suffering four train crash deaths every three months, there would be a public outcry and all systems would shut down until the faults were found and the system fixed.

But “accidents” in courts don’t seem to matter as much. Authorities seem to think that courts are infallible, and mistakes don’t matter because they affect “only a few”.

It’s “only a few”…unless it happens to you. Or to you family member, or to a relative or friend.

Jail is devastating to an individual and his/her future life, even if is for only a few months. The impact on family, friends and relatives is enormous.

If jail continues for 10-20 years, as is likely in the cases being considered here, the impact on the person and their loved ones is almost beyond comprehension. In some cases, a young child will be graduating from university before the wrongfully-convicted person gets out of jail.

WHAT SHOULD AUSTRALIA DO ABOUT THIS?

Obviously, we need the equivalent of a CCRC in Australia if our justice system is to be as fair as that of the UK. We need a CCRC for each Australian jurisdiction (federal, six states, two territories), or we need to devise a way that one CCRC can operate across jurisdictions in Australia, so that we have one CCRC body only.

But, more fundamentally, there needs to be a major national study into why the legal-justice system in Australia is making so many errors, and into ways to improve competence and quality dramatically.

Rather than this issue being “difficult”, it is in fact an opportunity: there has never – not ever – been a major investigation into the Australian justice system.

The time is now.

COMPARISONS WITH THE USA

Having examined the UK system, it was worth making a comparison with the USA.

A long time ago in Australia, the UK and the USA, it was said that the likely error rate in courts was “about 0.5%” (Prof Samuel R. Goss in the US, more than 40 years ago). Sometimes, the “guesstimate” by judges, lawyers and the like in all three nations was “maybe 1%”.

NOTE: These error rates are for ALL cases before the courts, so that the 1% here may represent a huge number by comparison with the 7% for a specific ‘major crimes’ category, as we discussed earlier.

In the past decade though, estimates of error rates have risen dramatically as unique opportunities have arisen to do actual, real-life tests using DNA on whether a past conviction was justified. As well, and separately, one academic group found a different way of estimating wrongful convictions based on discrepancies in US courts between jury findings and judges’ opinions.

One actual test result for real-life wrongful convictions in one state of the USA for the 14 years between 1973 and 1987 is 8% for sexual assault cases where DNA samples were plentiful. There was an archive of 634 DNA samples “discovered” in a Commonwealth (State) of Virginia forensic facility. In 2012, it was possible to test these samples against the actual outcomes, that is convictions, in cases by then long decided. The result was a wrongful conviction rate of:

In fact, DNA samples from murder cases had also been stored in the same archive, though there were fewer DNA samples pro rata in the murder cases than there were in the sexual assault cases, meaning not as many accurate tests could be performed. The finding on testing the rape AND murder cases combined was a wrongful conviction rate of 5%.

One take-out from that testing is this: the more you can use hard evidence to re-test old, cold cases, the more likely it is to find larger error rates. A word of caution though: forensic laboratories worldwide having been throwing up their own serious predispositions to errors in recent decades, which have led to probably dozens of wrongful convictions.

In 2007, a different group of researchers – not from the legal, wrongful conviction strain of analysis, but from sociology – found a new way to estimate errors by juries using a different method of comparison. This group analysed cases where a jury had made a decision but the presiding judge disagreed with the jury’s findings. They found the error rate in such situations to be up to 10%.

So, overall, judging on UK and US tests, estimates and calculations, it is highly likely that the error rate for those convicted of murder and rape in Australia, who still proclaim their innocence after they have exhausted every original opportunity for appeal, is at least 7%.

These are the people who have experienced the legal system by way of the most capable police, the more senior prosecutors and (usually) defence lawyers, and before only experienced judges.

What is the overall error, or wrongful conviction rate, in the Australian system? Including lower courts, in lesser cases, away from the media glare of inner capital cities, the error rate in Australia – across all cases – is much more likely to be in line with rates in the USA. The figures would indicate that a rate of 8-10% is more probable than possible.

That is, approximately every 10th prisoner in Australia is innocent.

COURT CAPACITY FOR ERROR, AND BIAS?

The UK courts have agreed with the CCRC in 418 of 632 cases. That means the appeal courts agree about 67% of the time with the CCRC.

Why this disparity? There are probably a number of reasons:

(NOTE: No-one has previously been able to come up with a way of measuring judicial bias. Perhaps the figures for CCRC cases not accepted by the courts provide such a measure. In which case, judicial bias may be evident in one-third of (these) appeal cases.

* Strictly, the 7% who are innocent are drawn from those men and women in Australian jails, convicted of murder, rape of other serious crimes, who have been through every original charge and appeal court process, and lost…and who still protest their innocence. Note: In South Australia and Tasmania, appeals can be lodged as a secondary process, many years after the original conviction, if ‘fresh and compelling’ new evidence comes to light.