Pseudoephedrine is the key and essential precursor in the manufacture of methamphetamines.

Pseudoephedrine is also the key and essential ingredient that helps severe hay fever sufferers function during the joyous first days of spring each year. I am one such sufferer of severe hay fever – severe meaning sometimes I can’t see clearly, I can’t stand up well and I can’t breathe through my nose at all, for days at a time, and multiple other symptoms. 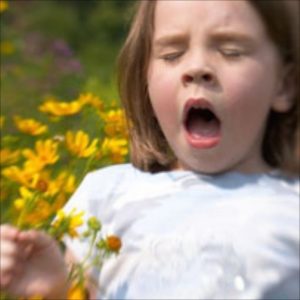 As such, and thanks to the plethora of pollen floating in the Melbourne air, I depend on legally available pseudoephedrine-based products to help me function in October-November each year. I have tried other decongestants and remedies. En masse. Repeatedly. They do not work for me.[i]If I don’t take an effective treatment at the beginning of spring, I can’t function and I can’t work, as the symptoms are debilitating – worse than any flu I’ve ever had, and certainly painful for my colleagues to watch (and hear).

But to manage this annual and common condition I am treated with suspicion, and sometimes even denied access to legally available medicine despite my obvious symptoms. All because of a program called Project STOP – an initiative original trialled in Queensland but now nation-wide.[ii] Project STOP (or Pseudo Watch as it is known in NSW) “is a decision making tool for pharmacists aimed at preventing the use of pseudoephedrine based products to manufacture methamphetamine. The system works by helping pharmacists to determine patients’ therapeutic needs.”[iii]

Earlier this week a local pharmacist refused to sell me a packet of a pseudoephedrine based drug on the basis that I had bought a packet the week before, and multiple packets… in October-November 2013! The pharmacist said he could see from my symptoms (presumably my weeping eyes, running nose, raw skin and general misery) that I was suffering hay fever but he thinks I was at risk of becoming addicted.

He was not acknowledging my purchase history in context – i.e. it is a seasonal purchase. If someone bought 8 packets a year, over 12 months, is that an issue? Is it quantity or frequency that matters? Why can’t pharmacists see a pattern of when the medicine is purchased and deduce it is likely that it’s being used for treating hay fever?

When I asked him to explain his thresholds for making a decision (politely, as one of the prompters in the guidelines is that addicts get aggressive if refused the medicine) he told me to try another pharmacist. Which I believe is against the whole principle behind the Project STOP system. Eventually I quoted the guidelines to him, and asked for a printout of my purchase history, and he relented.

I have to present my license every time I purchase this legal medication, so that the pharmacist can record my purchase, and draw conclusions about my use of the medicine. I haven’t had a problem doing so, and support the overall effort to prevent bulk sales of pseudoephedrine for the production of methamphetamine.[iv]

But it’s not dissimilar to the pharmacist being now responsible to essentially counsel women when they request the morning after pill. I recently heard a young woman trying to purchase the morning after pill being given a moral lecture at the public counter of a pharmacy, and was appalled. What a deterrent for her in accessing that safe, legal product again![v] [Ed. Clearly the pharmacist had not read this piece in The Conversation].

Pharmacists aren’t primary caregivers; they are not doctors. They are not trained for that. I really am beginning to feel that the system is disadvantaging people who require a legal drug for treatment by exposing them to the whims, attitudes and egos of pharmacists. I am treated like a suspect, defending myself when I feel physically the worst I feel all year.

I understand pharmacists have responsibilities, that we have an epidemic of methamphetamine addiction in Victoria and nationally, and that pharmacists want to (and are obliged to) participate in Project STOP. But increasingly I don’t think a proper framework is in place to support the public in accessing treatment, rather than supporting the pharmacist in denying it.

Long term sufferers of almost any illness know what works for them and what doesn’t. They should not be prevented from accessing that safe, legal treatment because of a flawed interpretation of its use based on loose guidelines.

CLA adds: For more on Project STOP see this article in The Conversation. A copy of the relevant Pharmacy Professional Standards for the sale of pseudoephedrine can be found here.

All registered pharmacists are subject to certain professional obligations. If you believe you have been mistreated (or treated unprofessionally) by a pharmacist, you can lodge a complaint with Australian Health Practitioners Regulation Agency or, if you live in Queensland with the Office of the Health Ombudsman or, if you live in NSW, with the Health Care Complaints Commission.

This discussion does not constitute medical advice.

[i] [Ed. There is genuine scientific debate over whether common substitutes for pseudoephedrine (such as phenylephrine are actually clinically effective or – in layman’s term –: are any better than a placebo. See, for example: Eccles R, Br J Clin Pharmacol. Jan 2007 63(1): 10–1; Horak F et al. Ann Allergy Asthma Immunol. Feb (2009) 102(2):116-20. Others have argued that phenylephrine is more effective than a placebo – although most agree it is less effective than pseudoephedrine due to the different pharmacokinetics of the drugs].

[ii] Project STOP-like programs also exist in the UK and US.

[iii] Under Project STOP, and regulations passed in all Australian jurisdictions a Chemist must ask for and record your driver’s licence or other government photo ID as well as record your name, product purchased and, in some States and Territories, your name and address. This record must be stored for at least two-years and, depending on the State, is available to other pharmacists, the police and the Pharmacy Guild of Australia.

Under the legally binding Pharmacy Guidelines on Practice Specific Issues pharmacists have limited options if they do not wish take part in Project Stop or similar programs (such as choosing to not stock the medicines in the first place). These guidelines also prohibit, except in exceptional cases, the sale of multiple packets of pseudoephedrine based drugs to individuals.

[iv] [Ed. CLA notes that there is mixed evidence abroad that Project STOP like programs work. While there were positive effects in the period immediately after their introduction, there is less evidence to suggest they have led to a long term decline in the manufacture, sale or use of methamphetamines, including crystal meth. The US Program was enacted under the Combat Methamphetamine Epidemic Act of 2005 which was passed as an amendment to the 2005 re-authorisation of the US PATRIOT Act.]

[v] [Ed. As an aside, pharmacists are entitled to refuse to stock certain ‘family-planning’ products if it conflicts with their personal view. Too bad for individuals in a town with only one chemist because the proprietor is protected from competition by archaic anti-competitive laws.