In a telling speech, retiring Chief Justice of Australia, Robert French, has urged citizens and lawyers to fight,  loudly and strongly, to keep our traditional rights, liberties and freedoms.
10 May 2016

The Chief Justice of Australia has called on citizens and lawyers to fight to retain traditional rights and freedoms in a sweeping address analysing the state of the judicial system in Australia. 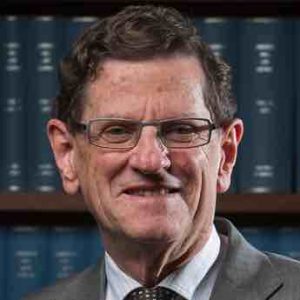 Public advocacy for such common law liberties was not radical : it was a conservative stance, CJ French (photo) told his audience.

Listening were the heavy-hitter judges, as well as the law society and bar barons, of Australia, all in Hobart in late-April 2016 at the revived ‘Australian legal convention’, a gathering defunct in recent years but brought back to life for the express purpose of for the nation’s being illuminated as to the “state of the Australian judicature’.

French, who will retire early in 2017 due to age, may use the final nine months of his illustrious career to speak home truths. If he is planning to do so, this address was a good start, praising the current Attorney-General Senator George Brandis so as to deliver a stinging message in the tail.

“I would like to refer briefly is the recent release by the Australian Law Reform Commission (ALRC) of a report identifying and critically examining Commonwealth laws that encroach upon traditional rights, freedoms and privileges recognised by the common law. The report was prepared at the request of the Commonwealth Attorney-General, Senator Brandis…a most welcome initiative,” French said.

“In its extensive review, the ALRC concluded that a range of Commonwealth laws appear to warrant what it called ‘further consideration or review’.

“The importance of the report cannot be overstated. Each encroachment by statute, regulation, rule or by-law on common law rights and freedoms is, if acknowledged at all as an encroachment, supported by appeals to common sense objectives and operational realities.

“Many such encroachments, taken individually, arguably have little effect. Taken cumulatively over time and across State, Territory and Commonwealth jurisdictions they can be the death by a thousand cuts of significant aspects of those rights and freedoms.

“We have a successful and robust representative democracy. In that democracy encroachments on rights and freedoms can be openly and vigorously debated, although sometimes political imperatives mean that there is no contradictor in the political sphere,” French said.

“The courts protect our rights and freedoms to a degree, but are limited by the framework of the law. They tend to adopt conservative approaches to the interpretation of laws which affect those rights and freedoms. The Constitution provides for a limited range of express and implied guarantees. Ultimately, however, if the laws are valid and the language clear, the courts must apply them.

“A public, political and legal culture which demands strong justification for any such encroachments is the only protection in the end that really matters. The Law Council and the Australian Bar Association and their constituent bodies have an important part to play in that regard.

“They should not accept, nor should anybody else, that public advocacy for the protection of traditional common law rights and freedoms is anything other than the expression of an essentially conservative position.”

French is nothing if not precise in his choice of words. Ramming home that the conservatives – and the Conservatives – had a responsibility to common law rights and freedoms was a clear message that the “rule of law” in Australia had taken a battering in recent times, and restoration was in order.

The Chief Justice of Australia also had high praise for the public stances taken by the nation’s lawyers in recent times in supporting ameliorating the gross fate and rate of Aborigines before Australian courts.

Mandatory minimums not the answer

Mandatory minimum sentences were not the answer to the problem of Aborigines appearing in such great numbers before the courts of the land, he said.

“The Law Council and the Australian Bar Association are engaged not only with the interests of those whom they represent, but the wider public interest and our justice system. By way of example of the latter, both bodies have recently released statements about the impact of mandatory minimum sentencing in respect of alcohol-related offences on Australia’s appallingly high rate of indigenous incarceration.

“The public debate about such laws is one to which the profession, through its representative bodies and supported by the knowledge and experience of its members, can contribute. The Law Council has called for a Senate Inquiry into the topic. The Australian Bar Association has pointed out that indigenous Australians are imprisoned at rates at least 16 times higher than non-indigenous Australians.

“The terrible problem of indigenous incarceration is linked to a complex of factors with no simple answer.

“Mandatory minimum sentences are not the answer. Nor is it an answer simply to call for their removal.

“The Law Council and the Australian Bar Association recognise that a nuanced approach, including the concept of justice reinvestment, is required to which they are prepared to contribute in order to address this national tragedy,” CJ French said.