The president of a parole board facing more prisoners and rapidly increasing parole applications wants a standalone website to be able to demonstrate the independence demanded by statute law. But the board itself is a prisoner… of the state’s corrective services department. Free the board, CLA says. Boards have rights, too!

At last! A federal MP is taking Australia’s horrific rate of jailing people, particularly Indigenous citizens, seriously. Dr Andrew Leigh, the Member for Fenner (ACT) has produced a detailed rundown that shows we are becoming among the greatest jailers. For example, we now jail Indigenous Australians at a rate greater than the USA jails African-Americans. Read a summary of Leigh’s paper, with a link to the original. 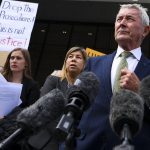 If national security is genuinely at risk, leakers should be prosecuted. But where Australia itself, its political leaders, top bureaucrats and spook agencies are the transgressors, ‘leakers’ should be rewarded and those who have trashed the nation’s reputation are the ones to go before a Royal Commission or court of law. Both the government and the opposition are behaving reprehensibly in relation to the Witness K/Bernard Collaery case, Dr Richie Gun says. 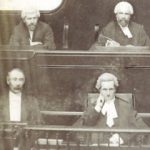 The legal system is broken if a person must wait three years to get a Supreme Court trial. Barrister Greg Barns explains how justice could be done better in Tasmania, but his critiques and suggestions for major reform apply to every jurisdiction in Australia. Australia’s overall legal system(s) have never been subjected to an overall review. It’s time for Better Justice throughout the nation:

Civil Liberties Australia has formally asked the Commissioner of Police Darren Hine to reveal under what law, regulation or powers were his TasPol officers acting in locking down an entire town and other locations to conduct ‘fishing’ searches which the police admit were ‘random’, not targeted on reasonable suspicion. Is Tasmanian and Australia becoming a fully-fledged police state? Will it be your town or your suburb – or your workplace, like the ABC, or your home, like The Australian journalist’s– that the local police take over or raid next?

An audit office analysis of the state of forensic analysis support for the court system in Queensland shows it is causing delays (some caused by errors, some averaging six months), is riddled by inefficiencies in cross-department cooperation and may in future be subject to failure because police cannot guarantee an audit trail of the exhibits they store. CLA’s CEO Bill Rowlings reports on damming findings that require immediate police, health department and government attention.